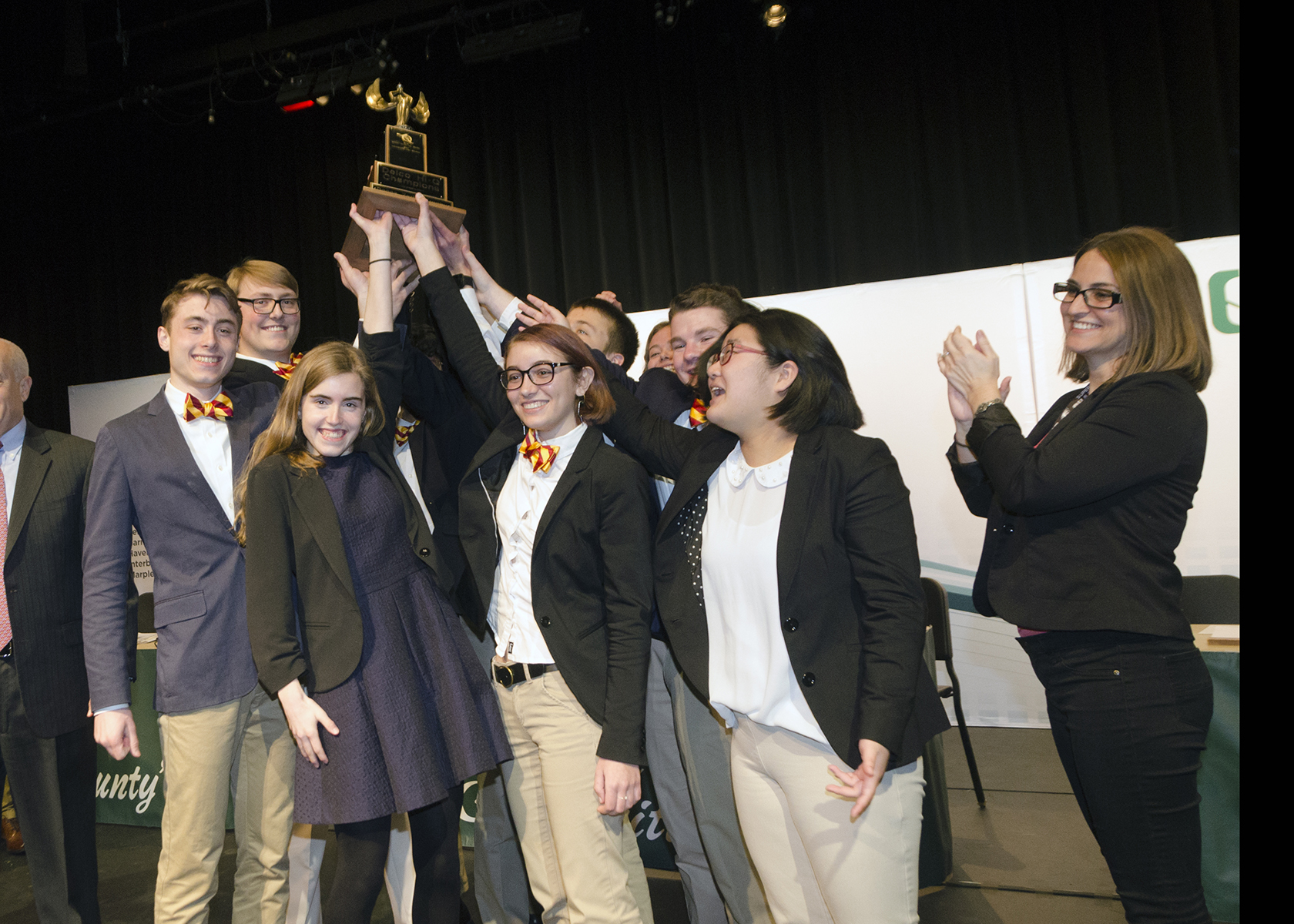 Founded in Delaware County, Pennsylvania, in 1948, the Delco Hi-Q competition began as a community relations program of Scott Paper Company, which was headquartered in the Philadelphia suburbs. The popularity and success of Scott’s Hi-Q prompted it to expand across the country to Washington in 1976, Wisconsin and Michigan in 1977, Maine in 1982, Arkansas in 1984, and Alabama in 1987.

In 2004, seven years after Scott Paper merged with Kimberly-Clark Corporation, Franklin Mint Federal Credit Union (FMFCU) became the primary sponsor of Delco Hi-Q. Consistent with its mission to advance education, FMFCU is committed to promoting Hi-Q, supporting and recognizing academic achievement with the same manner of appreciation shown to athletes.