How the Competition Works

Twenty-one high schools participate in Delco Hi-Q. Each school team has ten members, and each school hosts one contest during the regular season. Three teams compete at each regular season match, and there are three rounds in each match. 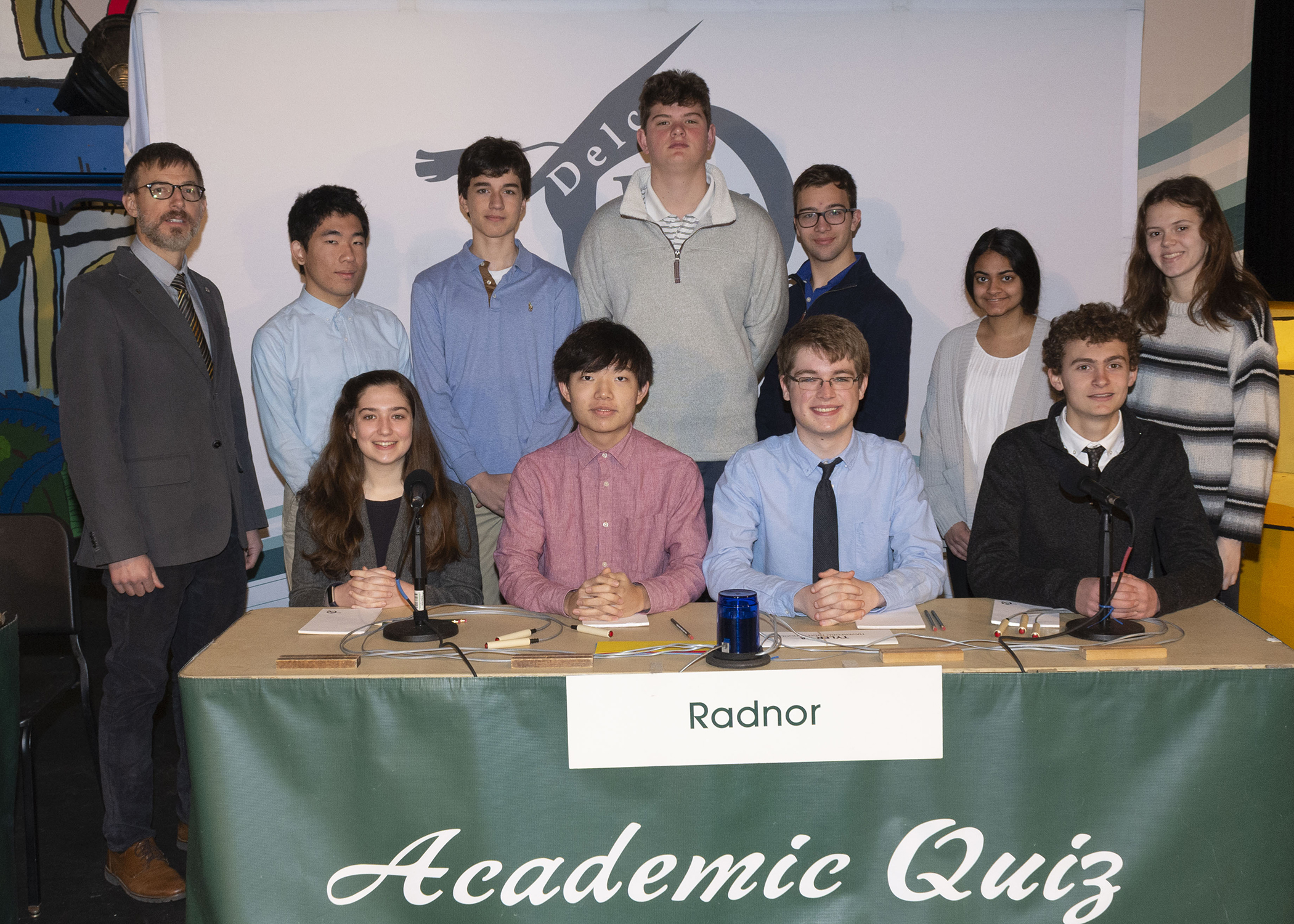 Questions, prepared from 14 subjects, cover standard high school course content as well as general scholastic knowledge that students are expected to have acquired. Guidelines and specific reference material are provided to each team at the start of each season.

The two semi-finalists compete against the season’s highest ranking school for the championship. The winning team is awarded the coveted Donna Zerby Trophy and $3,000 for their school. Second and third place teams earn for their schools cash awards of $2,500 and $2,000 respectively. The Most Improved team also receives a cash award.

All Delco Hi-Q teams are recognized at the annual Partners in Education Celebration, an awards banquet that highlights academic achievements in Delaware County and its neighboring communities.

Participants are asked questions on a variety of subjects. Students are provided with a reference list before the start of each season.