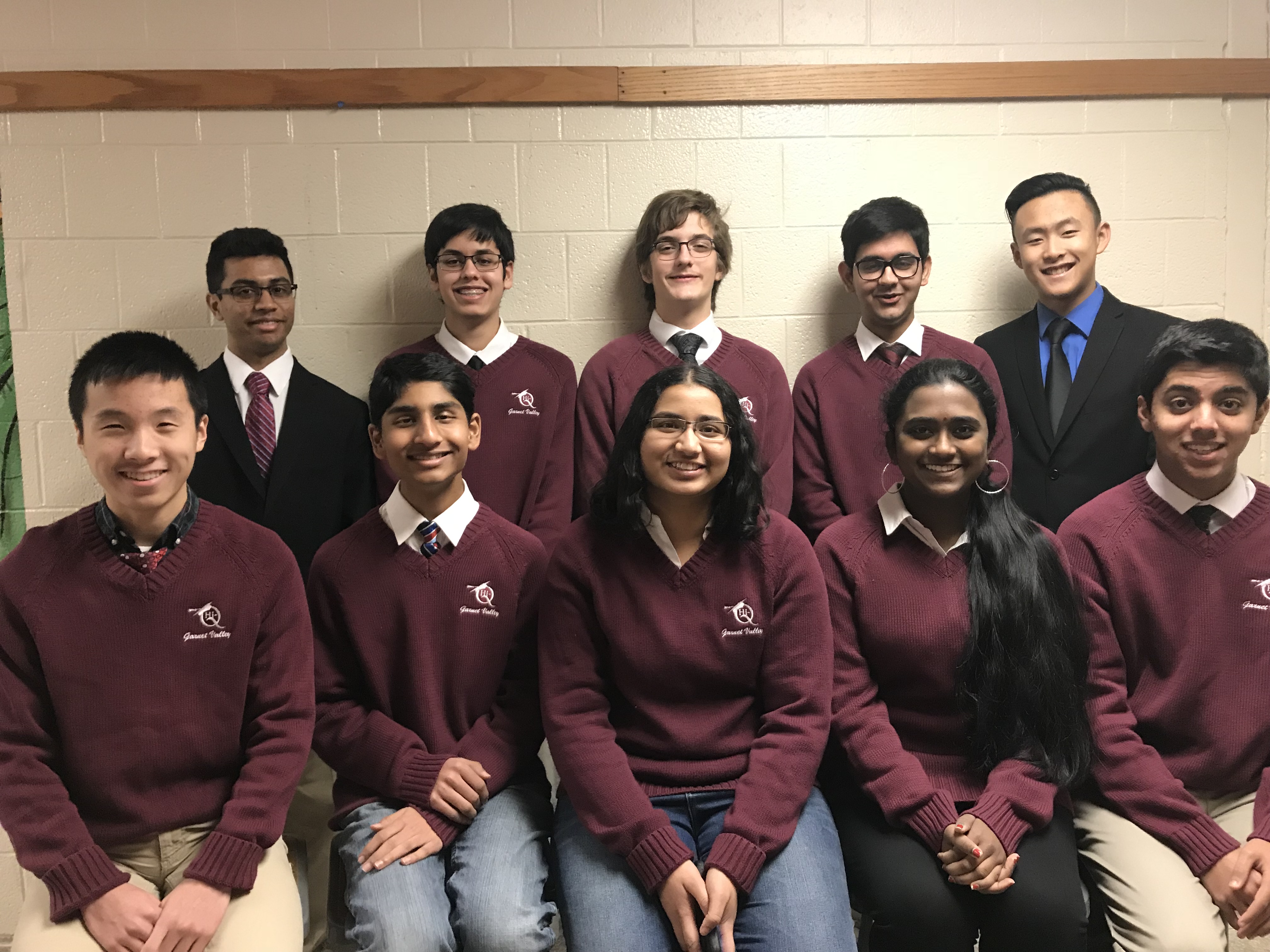 Delco Hi-Q’s 71st season resumed on January 4th at the Upper Darby Performing Arts Center. Upper Darby played host to Garnet Valley and Academy of Notre Dame on the first week back from winter break. Notre Dame, not wanting to miss a chance to participate, cut their break one day early to get back to competing. All three teams were off to a great start by correctly answering their first questions in Current Events. Garnet Valley quickly pulled in front of their competitors early in the match with a perfect first half. At half-time, Garnet Valley led with 34 points to Upper Darby’s 19 and Notre Dame’s 18.

The second half is when Upper Darby came on strong, scoring in every category except Art History.  When it came time for the last question, Upper Darby pulled within seven points of Garnet Valley. With only four points left to earn in Math, it was apparent that Garnet Valley would win but that didn’t stop their competition from trying. Notre Dame was fi

rst to buzz in with the Math answer but missed. Upper Darby buzzed in a split second later with the correct answer to gain four points. Helping the home team beat their first round score by 20 points. Garnet Valley later added two points to their final score with a successful question appeal and they continue to hold the highest cumulative score. The top seven teams at the end of the season earn a trip to the playoffs, so every point counts as the season moves forward. Final Scores: Upper Darby, 48: Garnet Valley, 53: Academy of Notre Dame de Namur 25.