Among those honored were all 210 students who participated in Delco Hi-Q this year, including the 21-member All-Delco Hi-Q Team comprised of one student from each team. 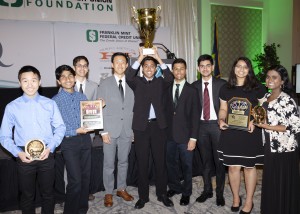 Valley Forge Military Academy received the Tom McCarthy Most Improved Award in recognition of their progress this past Hi-Q season.

Nineteen outstanding teachers serving Delaware County students were honored with the 2019 Excellence in Teaching Award. FMFCU Foundation established the award in partnership with DCIU to recognize exceptional teachers for their dedication and positive impact on students. For this first time, a teacher from West Chester Area School District was honored. Each honoree received $500 grant, a commemorative keepsake and $1,000 to benefit his or her school. Teacher’s photos and a feature story appeared in the Delaware County Daily Times. 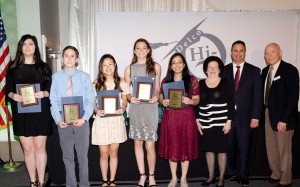 Participants in FMFCU’s in school Financial Resource Center were commended as well. Upper Darby was recognized as Financial Resource Center of the Year for the second consecutive year. Sarah Ibrahim, also from Upper Darby, was named Outstanding Student Leader. Bernadette Reiley, Interboro Superintendent, was recognized as the 2019 Financial Literacy Advocate. Mrs. Reiley has been a strong advocate of financial education for many years.

Upper Providence resident Theresa Flanagan Murtagh, a member of Cardinal O’Hara’s 1982-1984, was inducted into the Delco Hi-Q Hall of Honor. DCIU and FMFCU established the Hall of Honor in 2005 as a tribute to past Hi-Q participants and supporters who can serve as role models for current Hi-Q students. 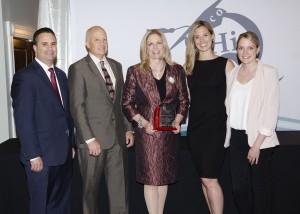