ACADEMY PARK, RIDLEY, AND GARNET VALLEY ARE VICTORIOUS IN WEEK 2 OF DELCO Hi-Q 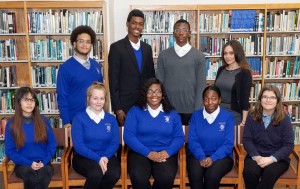 After a 4 year hiatus, Chester rejoined Delco Hi-Q with the Chester STEM @ Showalter Team hosting Ridley and Bonner & Prendie High Schools early last week. The home team had support for their return in the audience from members of the Chester Upland School Board and the Chester Mayor’s Of 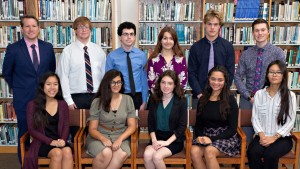 fice. Ridley picked up the early lead answering 7 of 8 questions correctly on the first try and picking up 5 bonus points. There was no catching up to Ridley’s score, but Bonner & Prendie put up a good fight adding 13 points to their score. Final scores: Chester: 5; Ridley: 46; Bonner &

The DC  Knights hosted Strath Haven and Garnet Valley to close out the week. It was a rematch between the home team and Garnet Valley from last year’s championship match where Garnet Valley won on the DC stage. That stage might be lucky for GV as they earned the season’s high score on this Friday the 13th. All three teams performed strong throughout the first half but Garnet Valley was hard to catch. The team answered correctly in every category, only missing the toss-up Math question to Strath Haven at the very end. F 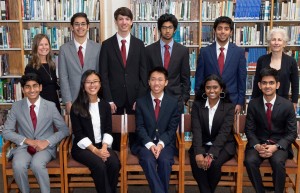 Round 1 of Delco Hi-Q will continue this week with contests at Penncrest and Radnor High Schools before taking a holiday break.