DELCO Hi-Q TO CONTINUE THIS SEASON DESPITE PANDEMIC

The oldest continuous academic quiz competition in the United States will go on with its 73rd Season this year. But this will not be an ordinary season as the competition moves to a socially distanced online format. 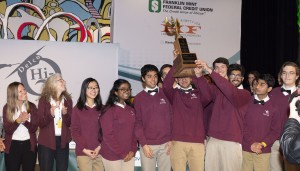 Garnet Valley poses with the Donna Zerby Trophy after capturing the 2019-2020 Championship in March 2020.

FMFCU Foundation, DCIU, and the 21 competing schools realize the importance of Hi-Q and were determined to make sure the nearly three quarter century competition continued without postponement. When it became clear that an in-person season may not happen this year, FMFCU Foundation started working on a plan to shift to a virtual solution.

Rick Durante, Executive Director of Hi-Q and FMFCU Foundation said “We knew we could find a solution to keep this tradition going while making sure everyone is safe.” Social distancing will be maintained as the contestants will be able to individually compete from home or school without in-person contact.

All categories will remain and the materials that students have been studying all summer will be the same. Some rules and procedures will be modified to fit the format, similar to how Hi-Q has conducted National Championships between the four Hi-Q locations across the country. “It will be a different type of competition but very close to the spirit of Hi-Q that has been played since 1948,” added Durante.

The 73rd Season is slated to kick off on December 1st when Upper Darby takes on Archbishop Carroll and Sun Valley for the first virtual competition. The season continues through March 2021 until the season champion is crowned. 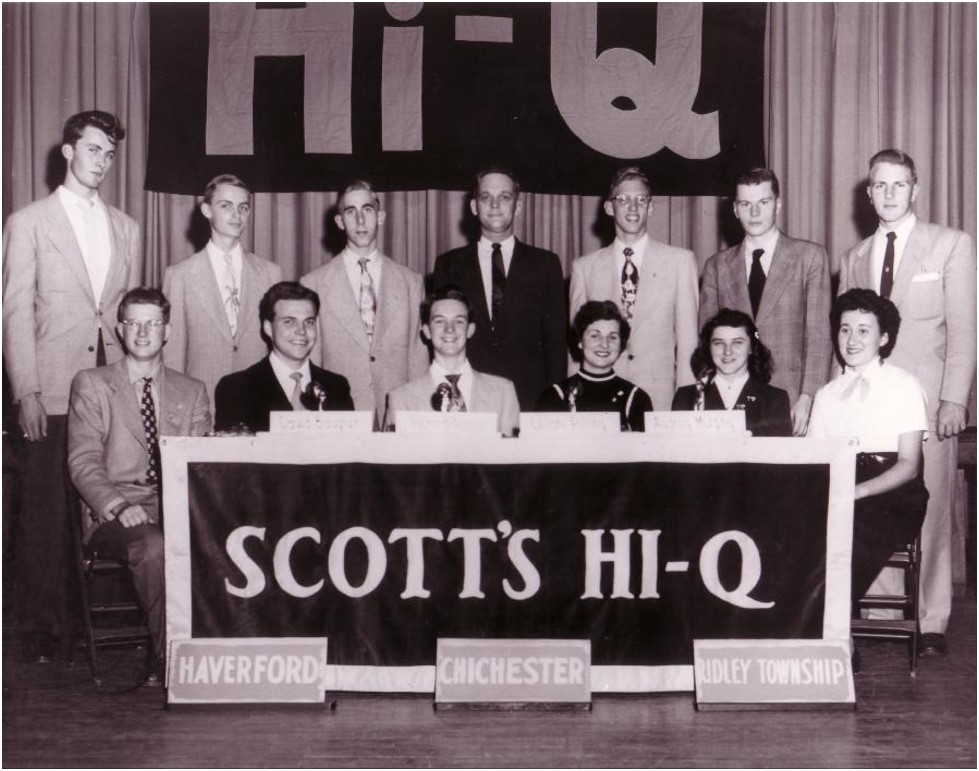 Students from Haverford, Chichester and Ridley Township High Schools pose for team photos in the 1950’s. Initially composed of four students for each school, teams were subsequently expanded to 6 students and then to the current ten-member team. Drawn from three elements, SCOTT, High School, and I.Q., the program was known from the beginning as Scott’s Hi-Q and Delco Hi-Q since the mid 1990’s.