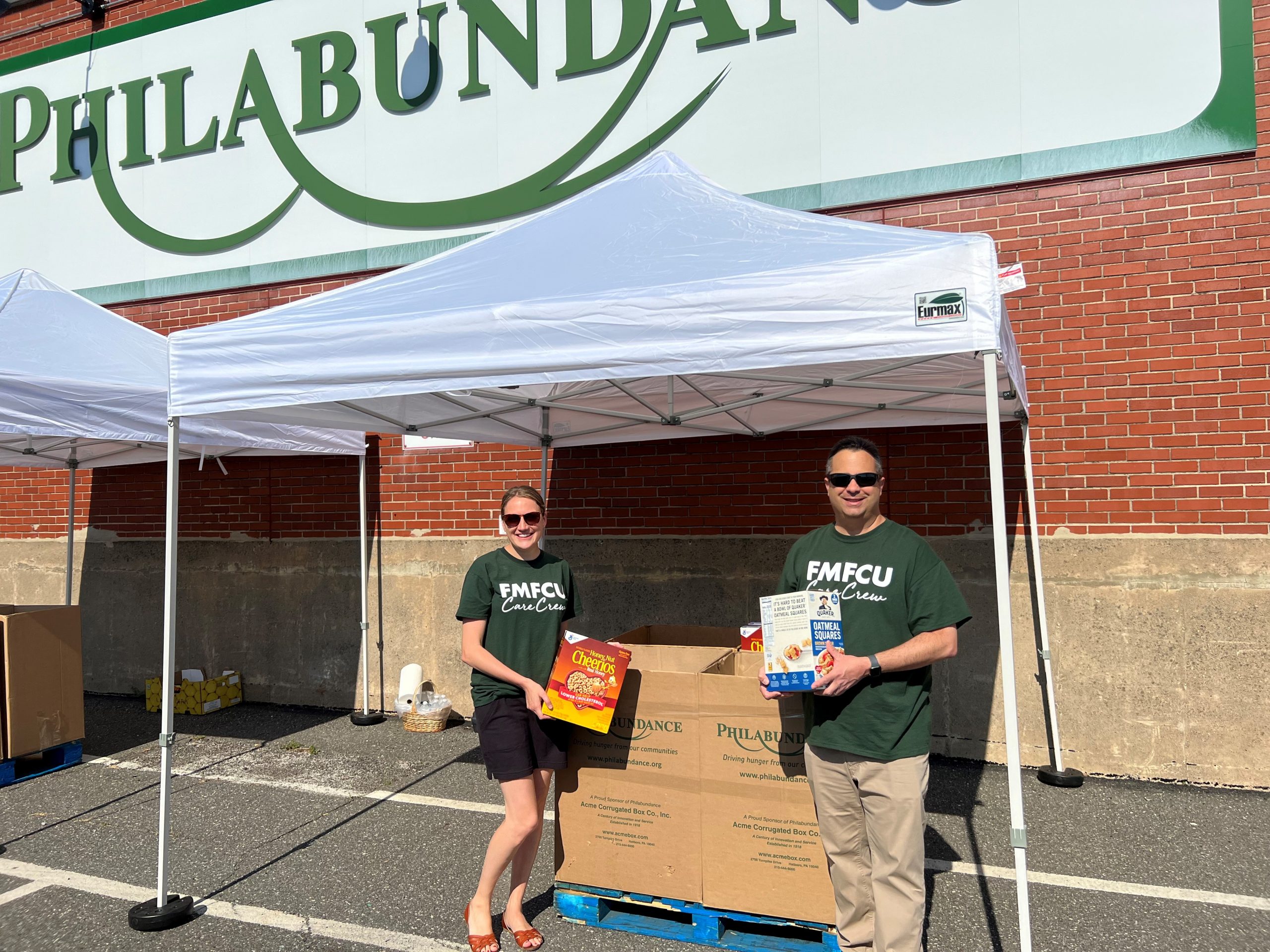 National Hunger Month was an ideal time for credit unions to collaborate and hold food drives to help some of our community’s most vulnerable citizens. Credit union representatives invited local legislators to join them and have their offices serve as collection drop-off sites. The more people involved, the greater the impact.

On July 14, FMFCU Foundation joined representatives from 14 credit unions and three legislators to deliver 3,035 pounds of non-perishable food items as well as donated $26,100 to Philabundance’s South Philadelphia warehouse. Loree Jones, president of Philabundance expressed her gratitude for the credit unions’ continued support, emphasizing the need is often greater during the summer months when students are out of school. State Rep. Mike Zabel said it was great to see such overwhelming support from credit unions as well as his constituents. However, he stated he hopes there comes a time when children as well as adults don’t have to go hungry and we no longer need to have food drives to offer assistance.

FMFCU Foundation started its Food Insecurity Fund to help feed our neighbors during the pandemic and it continues helping organizations across the Philadelphia region. “FMFCU Foundation is proud to partner with Philabundance and other credit unions in the fight against food insecurity and working together to make a difference,” said FMFCU Foundation Executive Director Rick Durante.