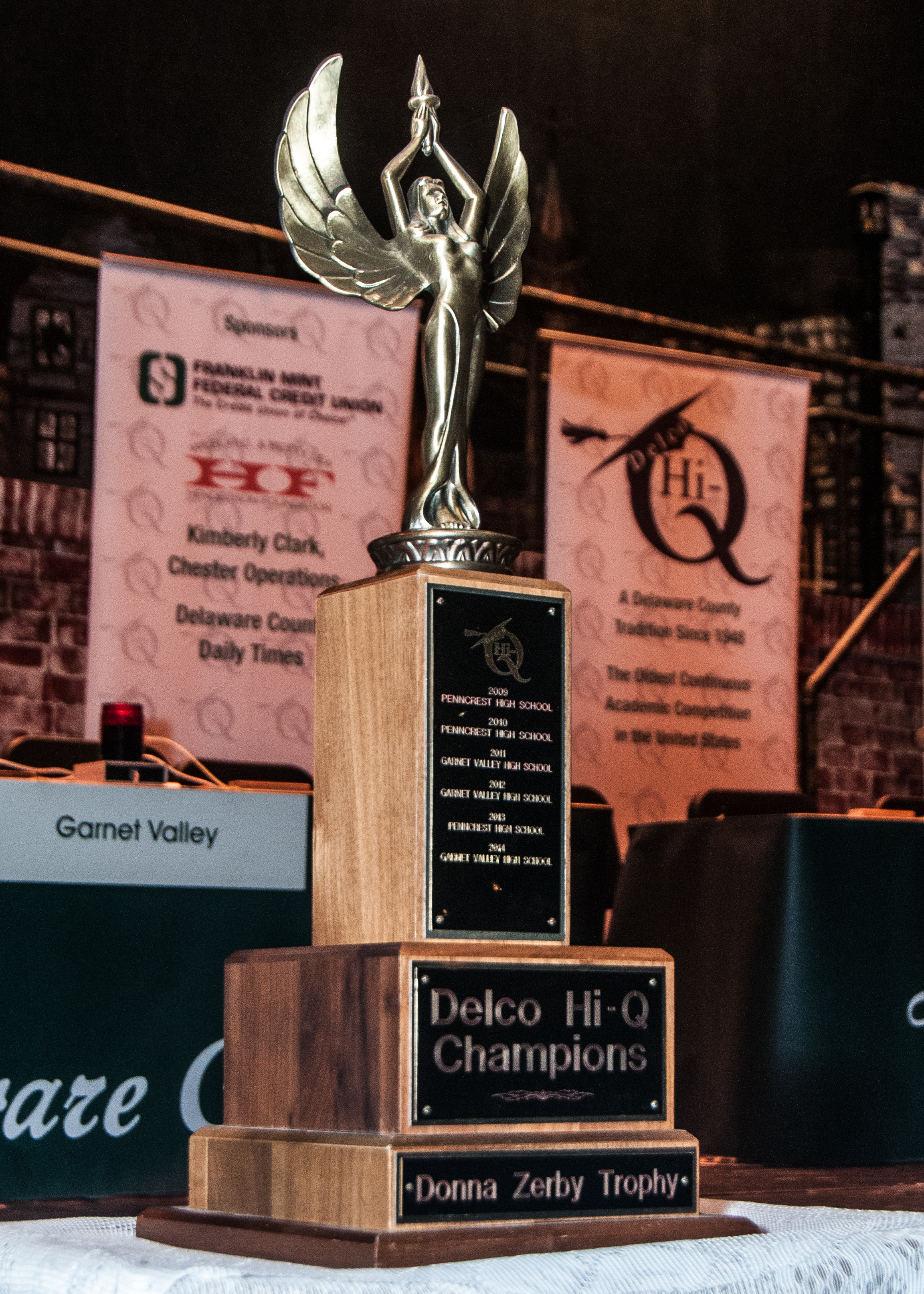 Three weeks after inclement weather forced the postponement of Hi-Q competition between Cardinal O’Hara, The Christian Academy, and Archbishop Carroll, the three teams faced off in what became the final meet of the 68th season. The experience was a first for host team O’Hara’s newest Assistant Principal Jason Barell, who was enthralled with the academic dexterity of the competitors. O’Hara started off strong with correct answers to Current Events and American History. All three teams knew the answer to the toss-up Sports question. A quick poll of the audience by Quizmaster Tom McCarthy revealed many in the auditorium knew the answer as well. The Christian Academy quickly tied Cardinal O’Hara, and then ran away with the lead by the end of the first half, propelled by several first try correct answers and a series of bonus points. Carroll also picked up a couple bonus points with correct answers to questions missed by the competition but were unable to leap ahead. A correct answer to their toss-up Math question gave TCA their highest score of the season and firmly secured their victory.

Following a week long break, Delco Hi-Q moves into the semi-final round. Garnet Valley finished first this season with an impressive 178 points earned in three matches. They earn a bye and will host the 68th Championship on March 8th. The winner will walk away with The Donna Zerby Trophy and cash prizes for their schools, donated by Franklin Mint Federal Credit Union.

Defending Champions, Penncrest, finished third and hosts fourth place Marple Newtown and fifth place Ridley High School on Friday, February 26 at 9:25 a.m. Ridley is the newcomer this year as all other playoff teams made appearances in last year’s Semi-Final round.