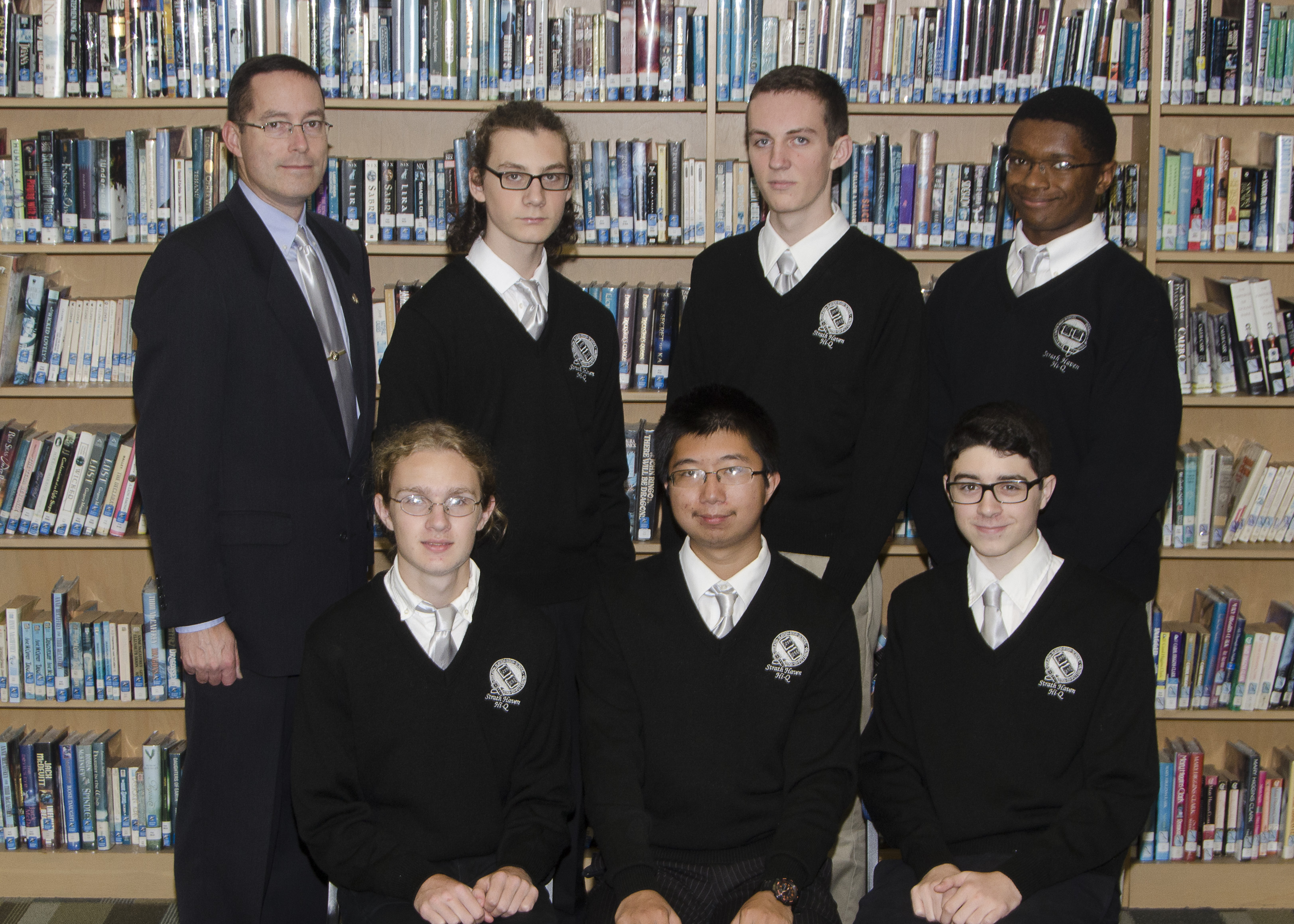 Strath Haven High School had the honor of hosting the first competition of the 2016-2017 Season, welcoming Penn Wood and Chichester High Schools Thursday. The host team started strong and remained strong, holding the lead throughout the competition and finished with 53 points. That’s a good start coming out of the gate. The home team earned maximum points by correctly answering the first six questions on their first try. Penn Wood came out of the gate strong, too, earning maximum points and picking up a bonus point in the first category, which was Current Events. After a sluggish start, Chichester kicked into high gear, being the only team to correctly answer the Toss-Up Sports question and earning maximum points in Literature, Mathematics, Chemistry, and American Government. Final scores: Strath Haven, 53; Chichester, 32; Penn Wood 18

Ridley High School hosted Friday’s meet with Delaware County Christian and 2015-16 third place finishers Sun Valley. The second meet of the season was markedly competitive, but Delco Christian grabbed the lead early and held it, besting the competition by about 20 points. All three teams demonstrated evidence of preparation and the ability to recall their studies under pressure. Sun Valley was particularly sharp on subjects related to History and Current Events, while Ridley displayed prowess in the Science categories. DC’s dexterity enabled them to capitalize on their opponents’ weaknesses and earn eight bonus points. Final scores: Delco Christian, 51; Ridley, 33, Sun Valley, 30