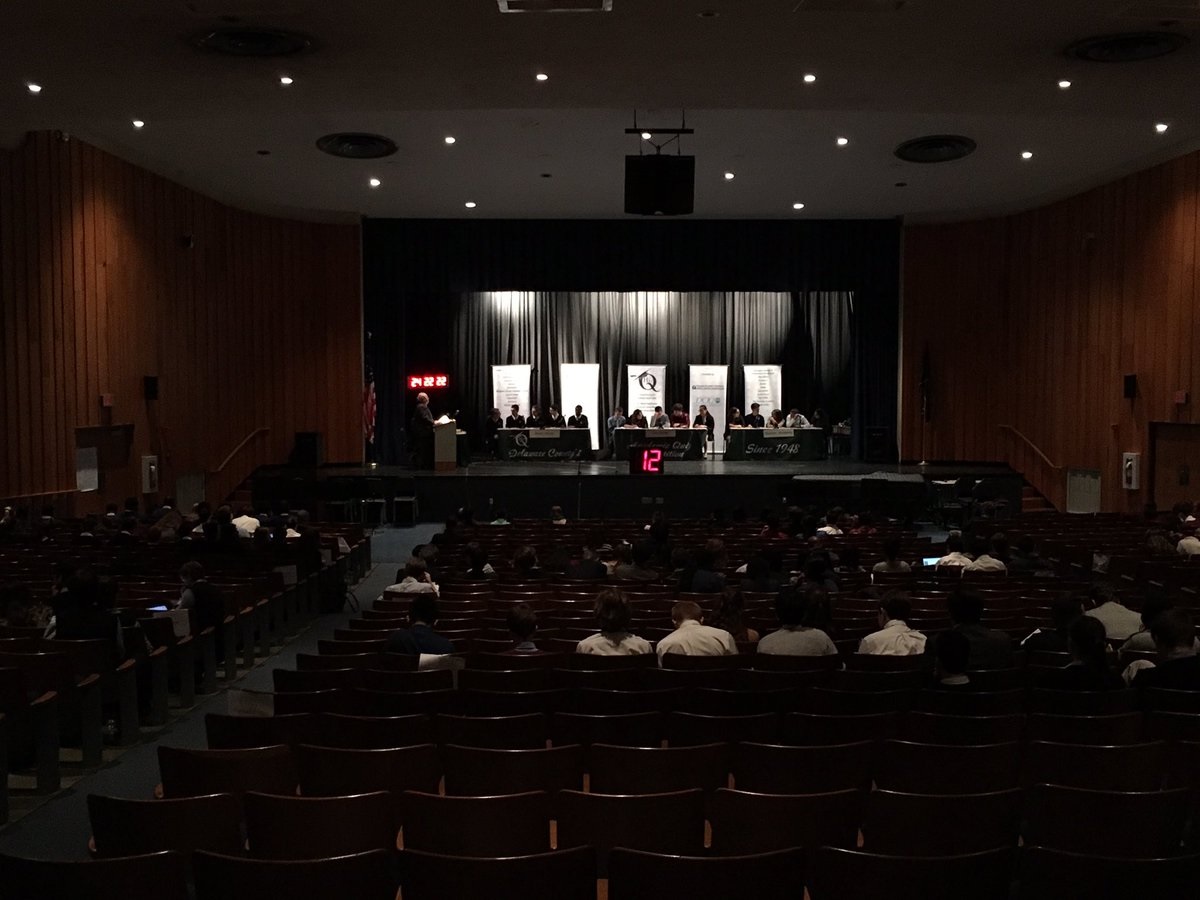 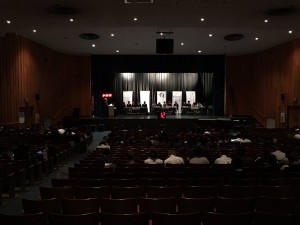 At this point in the Delco Hi-Q season, every point becomes important and teams are competing vigorously for each and every one. If they maintain momentum, chances are Radnor and Penncrest High will be playoff contenders, as each bested their first round scores in their respective second competitions of the season.

Interboro hosted Penncrest and Strath Haven in a very competitive Wednesday meet. After welcoming remarks from Franklin Mint Federal Credit Union representative, Larry Schuelie, the host team went toe to toe with 2015-16 semi-finalist’s Penncrest, each earning maximum points for three out of their first four questions, but it was bonus points that propelled Penncrest to the lead, a lead they would hold throughout the match. Strath Haven rallied mid-way through the competition, showing strength in the math and science categories but fell shy of the points needed to surpass their competitors. Final Scores: Penncrest 55, Interboro 30, Strath Haven 29

A pair of contests next week will wrap up the second leg of the season. On Wednesday, Academy of Notre Dame hosts Marple Newtown and The Christian Academy. Springfield hosts Garnet Valley and Academy Park on Thursday. The season’s schedule and scores can be found at DelcoHiQ.org.

Each school team has ten members, and each school hosts one contest during the regular season. Three teams compete at each contest, and in the regular season competition there are three rounds. Questions prepared from 13 categories cover standard high school course content as well as general scholastic knowledge that students are expected to have acquired.