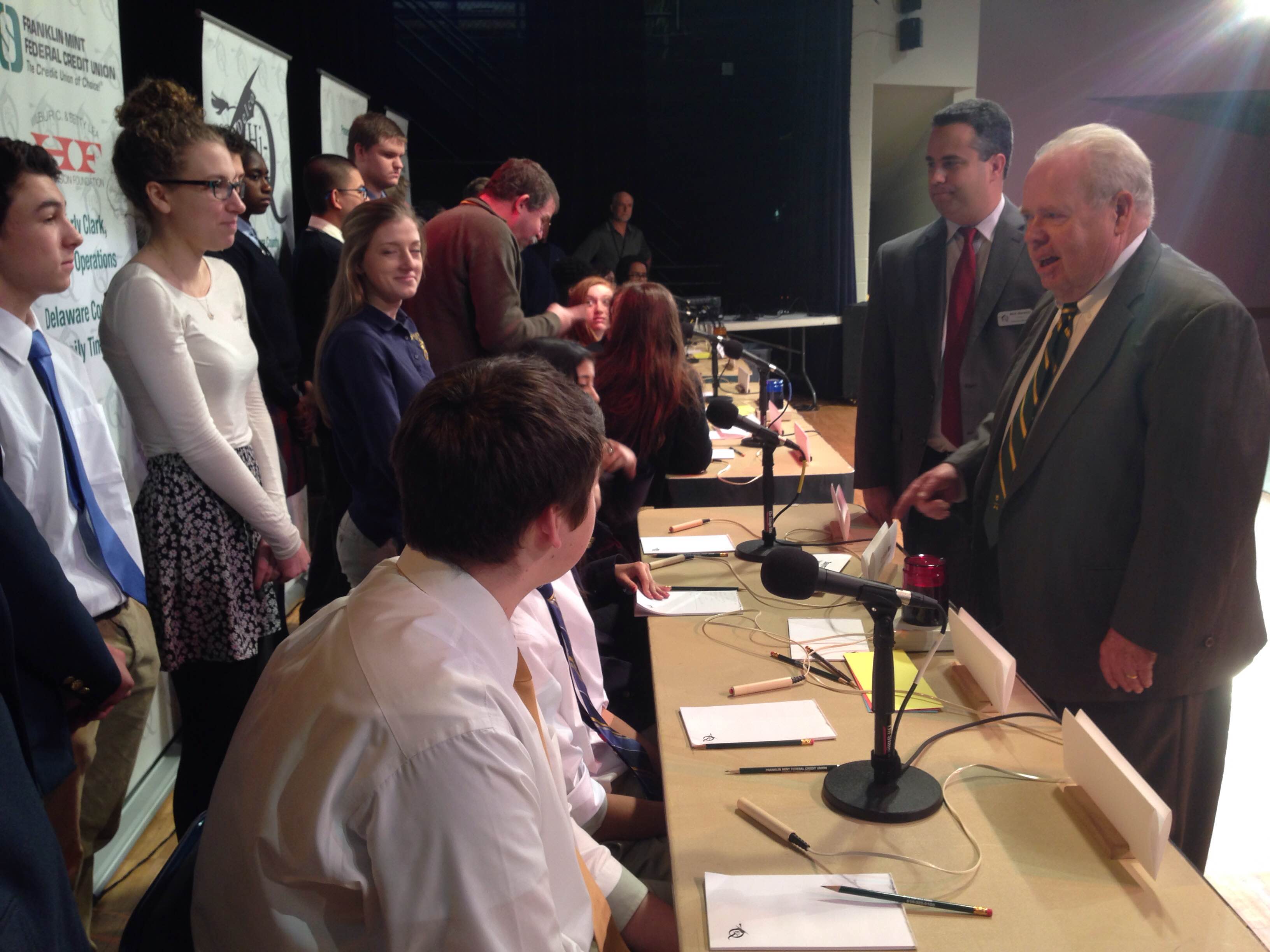 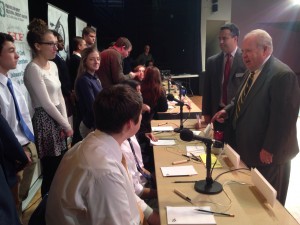 Haverford High School rang in the new year adding 65 points to its cumulative score as the team vies for semi-final placement. The host team graciously picked up 14 bonus points from competitors Upper Darby and Valley Forge Military Academy in Friday’s competition. VFMA, new to Delco Hi-Q, was swift on the draw in the Math category, answering correctly on the first try to earn maximum points. Upper Darby put forth a valiant effort, holding onto second place throughout the contest, but was unable to keep pace with the Fords. Final Scores: Haverford 65, Upper Darby 28, Valley Forge 4

Chichester High hosted and narrowly lost the mid-week competition to Ridley High School in a match-up that was relatively close for all three teams. Ridley took an early lead by answering six of the other team’s missed questions. Chichester came from behind and tied Ridley midway through the second half. Bonner &Prendie struggled late in the game and could only come up with two points. Seven bonus points led Ridley to victory but a correct answer in the final category, a toss-up Math problem, secured their win. After the contest, Bonner & Prendie was assessed a 10 point penalty for a late arrival rules violation. Final Scores: Ridley 26, Chichester 21, Bonner & Prendie 1

Two competitions are scheduled the second week of January. Archbishop Carroll will host Radnor and Delco Christian on the 10th and Interboro will host Penncrest and Strath Haven on the 11th.

Each school team has ten members, and each school hosts one contest during the regular season. Three teams compete at each contest, and in the regular season competition there are three rounds. Questions prepared from 13 categories cover standard high school course content as well as general scholastic knowledge that students are expected to have acquired.