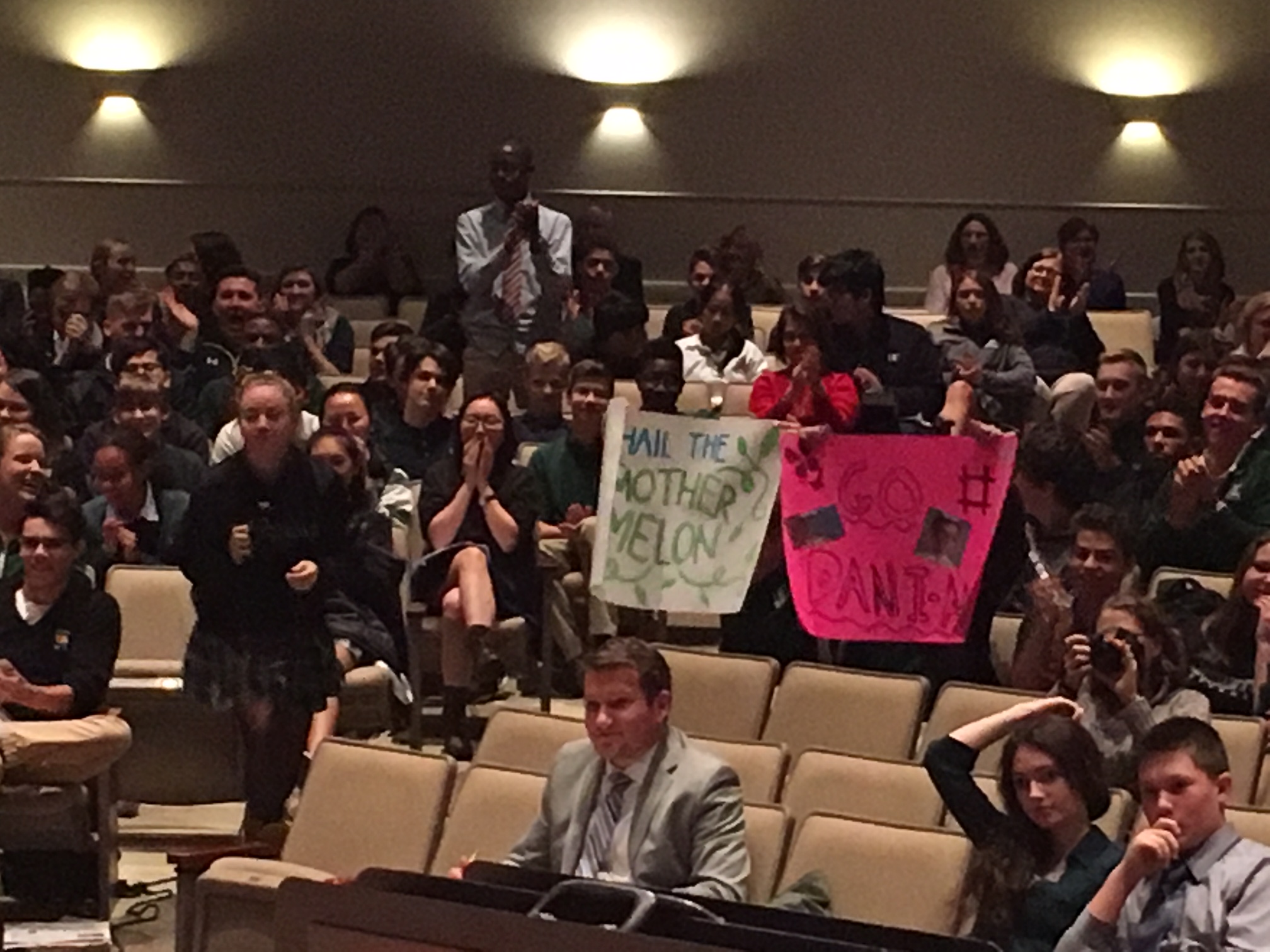 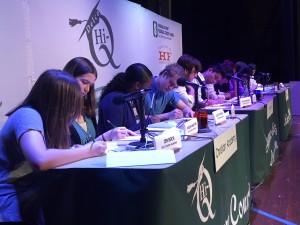 The 2017-2018 season marks the 70th anniversary season of Delco Hi-Q, and this banner year got started with a couple of banner competitions in the first full week of December.

Interboro High School logged the first win of the season, besting Upper Darby and host team The Christian Academy in a match where all three teams proved knowledgeable about American History and Government. Upper Darby seized upon opportunities to pick up bonus points by thrice answering correctly questions their opponents missed, while Interboro and TCA each picked up just one of the few bonus points up for grabs. Interboro was the only team to score maximum points on Current Events, Sports, and Literature to grab an early lead and keep it throughout the competition. Final Scores: Interboro 44; Upper Darby 41; The Christian Academy 28 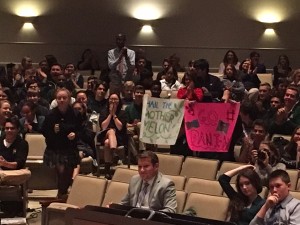 To say the second match of the season was competitive would be an understatement. Host team Delaware County Christian School jockeyed for the lead with Marple Newtown High School; however, both teams kept a watchful eye on Ridley High School, especially early in the game when the Raiders racked up 20 points with a series of five perfect answers. Geography, Science, and Art were strong suits for DC and Marple, and each team landed four bonus points to propel them to a near tie. Diligence in deciphering the pick-up Math question led the home team to victory. DC high school students packed the auditorium in support of their Hi-Q team, waving homemade signs and cheering vibrantly, which made the event fun and exciting for all three teams. Final Scores: Delaware County Christian School 52; Marple Newtown 48; Ridley 40 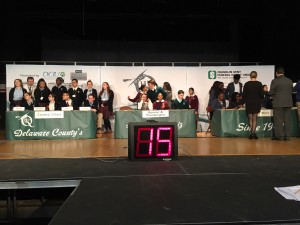 Archdiocesan rivals Cardinal O’Hara and Monsignor Bonner & Archbishop Prendergast competed on the former’s home turf with Penn Wood High School. Although they did not score as many points as they would have liked, Penn Wood displayed strategic acumen, taking advantage of every second on the clock and their four opportunities to provide answers. Quick to buzz in when an opponent missed their question, Penn Wood scored three bonus points, as did Bonner & Prendie. American History, Government, and Geography were strong suits for The Lions, which hosted their first contest of the season in front of the student body. Final Scores: Cardinal O’Hara 26; Bonner & Prendie 18; Penn Wood 14

Each school team has ten members, and each school hosts one contest during the regular season. Three teams compete at each contest, and in the regular season competition there are three rounds. Questions are prepared from 13 categories cover standard high school course content as well as general scholastic knowledge that students are expected to have acquired. Team standings are determined by total cumulative earned points. At the end of the regular season, the highest scoring team bypasses the semi-final round to advance directly to the championship round. Teams ranking second through seventh compete in the semifinal round before advancing to the championship match.