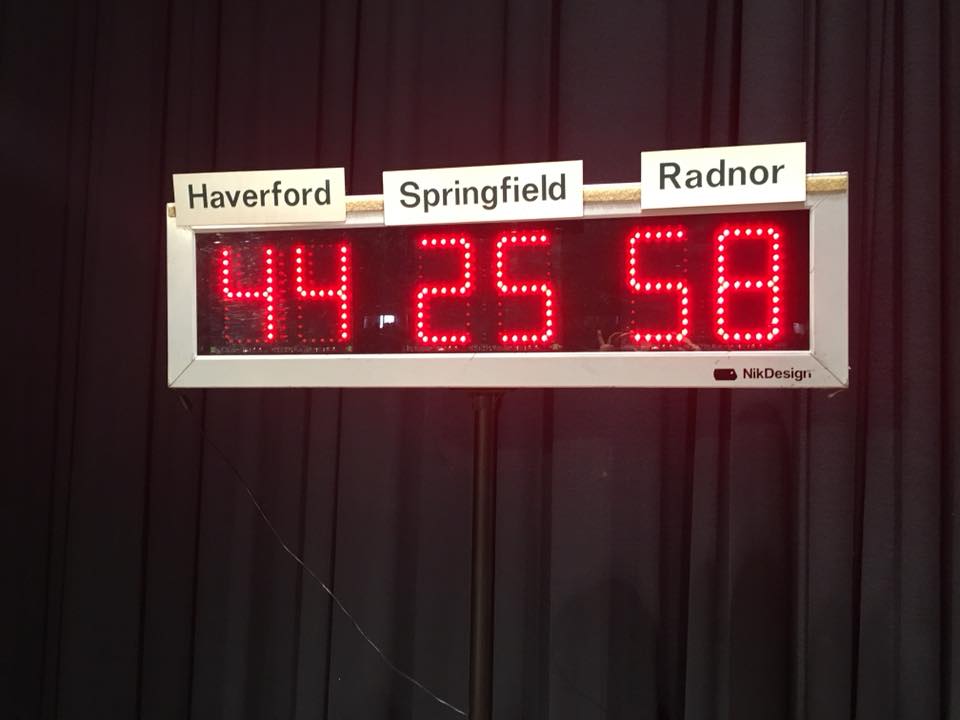 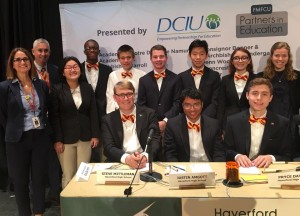 Last year’s Delco Hi-Q and National Champs, Haverford High, fought valiantly to fend off Radnor High, the 2016-17 first runner up, but the latter pulled ahead in the second half of Wednesday’s match. Haverford, which hosted Radnor and Springfield, started strong, scoring maximum points in seven of the first eight questions and the only team to correctly answer the Sports Toss-Up. Radnor hung on close behind, though, by picking up four bonus points in the first half. Quick buzzer reflexes enabled Radnor to earn ten total bonus points throughout the game. Although they hung in with their tough opponents, Springfield was unable to command a lead. Radnor lunged ahead by answering Springfield’s Team Choice in Geography plus their own Team Choice in Literature, which is Radnor’s strong suit. Final Scores: Radnor 58; Haverford 44; Springfield 25 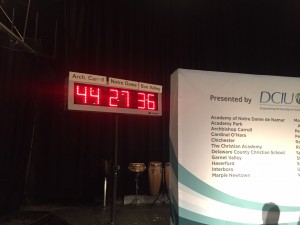 A day earlier, Archbishop Carroll hosted Sun Valley and the Academy of Notre Dame in yet another close contest. The three teams volleyed for the lead during the first half of the match but a correct answer on the first try put the home team three points ahead of its closest competitor before the second half begun and with the help of bonus points, Carroll added to their lead. All three teams were well versed in the history categories but Carroll was the only team to score maximum points in their Math question and quick on the draw to correctly answer the Toss-up Math question. Final Scores: Archbishop Carroll 44; Sun Valley 36; Notre Dame 27. 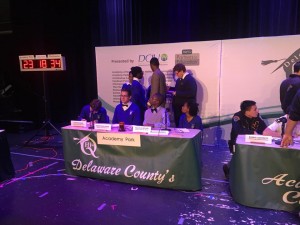 Chichester and Valley Forge Military Academy visited Academy Park High School to begin the week’s Hi-Q competitions. The home team put up a good fight but was not able to commandeer the early lead Chichester secured by earning maximum points on six questions early in the game. The Eagles’ lead was threatened during the second half when both Academy Park and VFMA correctly answered their respective Team Choice, American Government, and World History questions. Strategy was in play as all three teams paid close attention to their opponents’ questions to accumulate a total of nine bonus points between them. Final Scores: Chichester 34; Academy Park 23; Valley Forge Military Academy 18

There is just one more competition before the Christmas break and it is bound to be exciting. Three of the most competitive schools will meet Monday, December 18 when Garnet Valley hosts rivals Strath Haven and Penncrest. The match begins promptly at 9:15 a.m.

Each school team has ten members, and each school hosts one contest during the regular season. Three teams compete at each contest, and in the regular season competition there are three rounds. Questions are prepared from 13 categories cover standard high school course content as well as general scholastic knowledge that students are expected to have acquired. Team standings are determined by total cumulative earned points. At the end of the regular season, the highest scoring team bypasses the semi-final round to advance directly to the championship round. Teams ranking second through seventh compete in the semifinal round before advancing to the championship match.