One Point Separates Two of the Top Teams 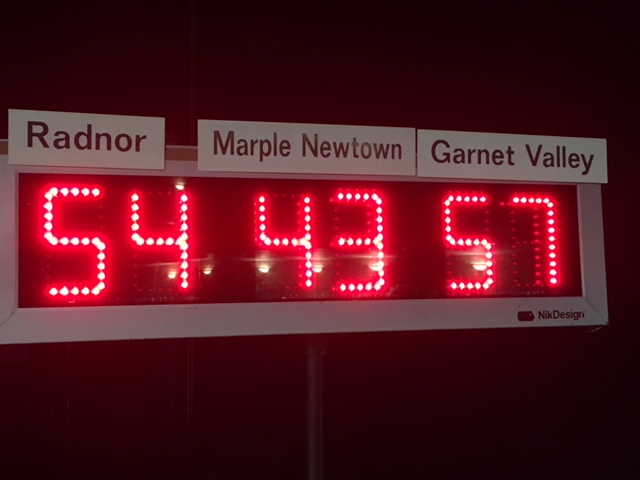 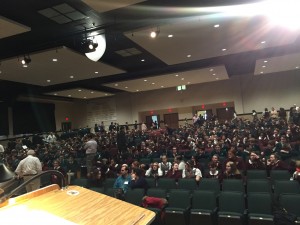 Four competitive match-ups go down in Delco Hi-Q’s Season 70 logbooks. A successful appeal by Archbishop Carroll put the Patriots ahead of host Bonner & Prendie in Monday’s competition. In fact, Bonner & Prendie held the lead until the very last category, which Carroll answered correctly, giving them four points to tie Bonner & Prendie at 26. The appeal later broke the tie. Academy Park High had a slight rally at the end, too but had given up too many points early on to make a difference. Final Scores: Carroll 30, Bonner & Prendie 26, Academy Park 9 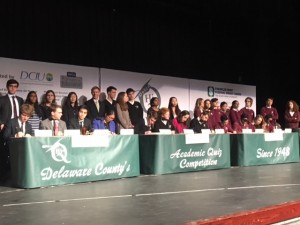 Tuesday’s competitors finished within a point of each other with Strath Haven eking out a win against Upper Darby and host team Ridley. The lead swung between all three teams with only the Raiders correctly answering their Team Choice category and UDHS first to buzz in on the toss-up math to spring a point above Ridley at the end. Strath Haven’s ability to accumulate nine bonus points enabled them to finish one point ahead of the Royals. Final Scores: Strath Haven 33, Upper Darby 32, Ridley 31. 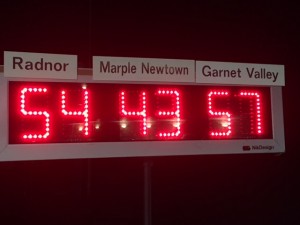 The three teams did so well Thursday that there were few opportunities to accumulate bonus points. All three earned maximum points in each of the first four categories. Radnor, known for strength in literature, missed their Shakespeare question, putting them behind their rivals but only for a short time. With correct answers to their team choice geography question and toss-up math, the Raiders were able to keep Marple at bay. They also snagged two bonus points for correctly answering the Tigers’ team choice literature question. The Jaguars earned bonus points in math and art history. The final score gave Garnet Valley the season’s highest point total to date. Final Scores: Garnet Valley 57, Radnor 54, Marple 43 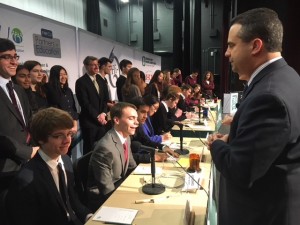 The Christian Academy and Springfield volleyed for the lead in Friday’s competition with host team Notre Dame staying close behind. Momentum was slow to start but all three teams showed strength in the math and geography categories. The Cougars racked up points with correct answers in literature and art history. Notre Dame earned maximum points in their team choice American History and Shakespeare toss-up question. Final Scores: Springfield 37, The Christian Academy 33, Notre Dame 31

Penncrest hosts Tuesday, February 6, with Delaware County Christian School and Haverford High School. All three teams are vying for a playoff position or a chance to go straight to the championship round. Haverford will also compete in one of two match-ups that had been postponed earlier in the season. On Wednesday, Interboro hosts Chichester and Cardinal O’Hara, and on Thursday the regular season will come to an end when Haverford and Archbishop Carroll travel to Strath Haven. 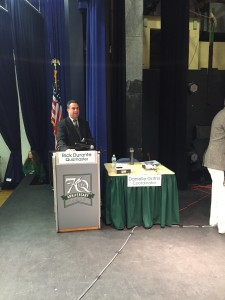