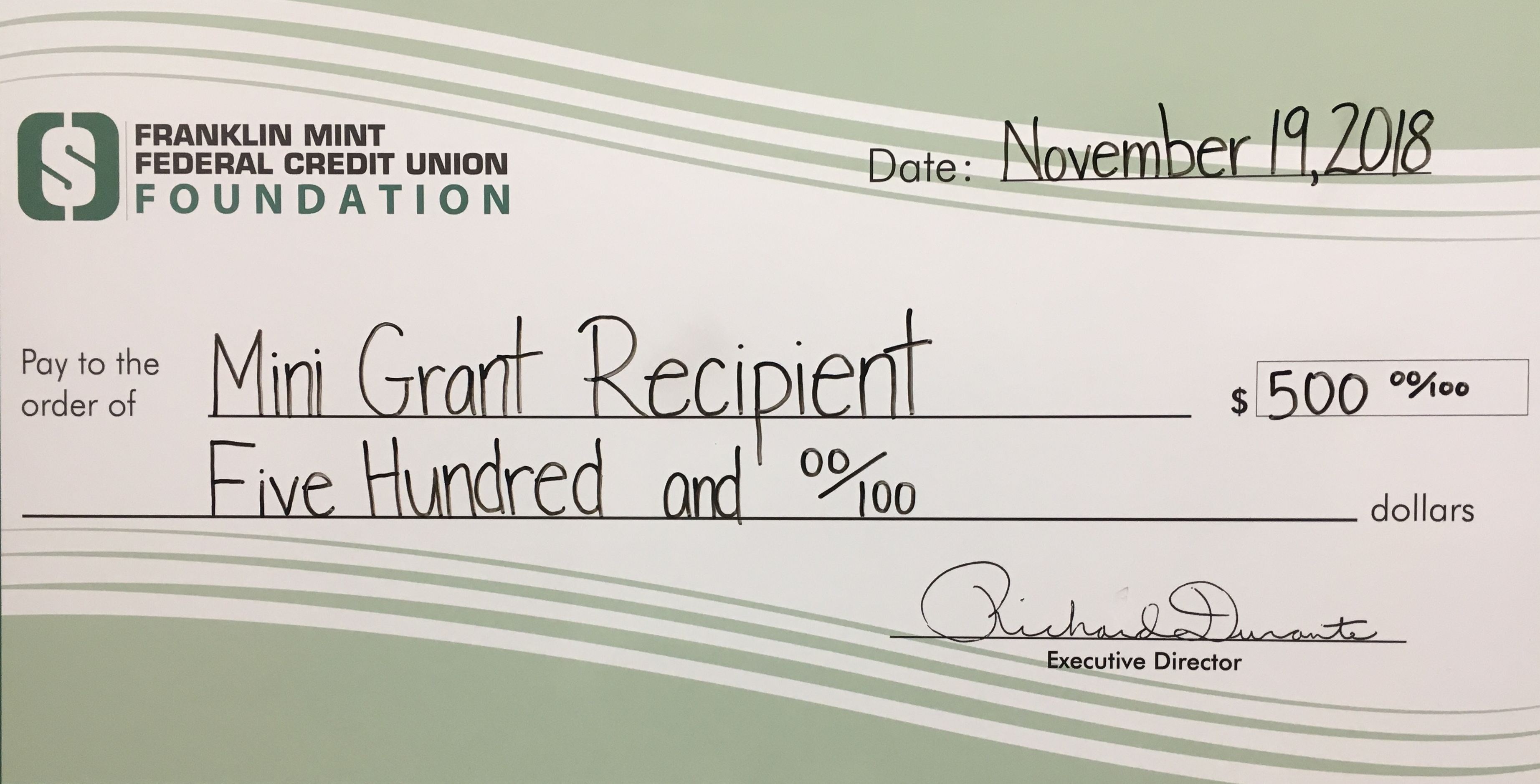 Franklin Mint Federal Credit Union Foundation announces the award of mini-grants totaling nearly five thousand dollars to a dozen teachers across the region. In its inaugural mini-grant offering, the Foundation received 85 applications from kindergarten through twelfth grade teachers to help fund innovative student-oriented educational experiences that might not otherwise be funded. Mini-grant requests ranged from $51 to the cap of $500. 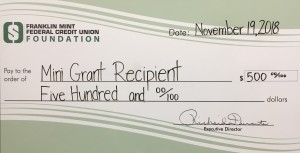 Foundation Executive Director Rick Durante said he chose to embark on this new program because of the broad need for classroom funding. “We know there are a lot of innovative projects that teachers would like to implement that simply need a small financial boost to get off the ground or to be completed,” Durante said.

The mini-grant program aligns well with Franklin Mint Federal Credit Union’s charge to lead with education. “FMFCU exemplifies the credit union philosophy, ‘people helping people,’ and what better way for us to support our community than through education,” Durante added.

Grantee Julie Miller, a teacher in the Phoenixville Area Early Learning Center, plans to use her award to provide non-English speaking families the opportunity to enjoy books in their native languages at home with their children. Students at Interboro High School will learn life skills and gain business acumen as they establish a coffee shop within their cafeteria, using funds awarded through teacher Kathryn Garvin’s grant application. Andrew Kruc of Walnut Street Elementary School in the William Penn School District will receive funding for a set of Remo Hand Drums that will be used by the entire school during music class.

Durante and FMFCU leadership were pleased with the robust response the mini-grant initiative prompted in its first year, and they plan to keep the program running. An announcement regarding applications for the 2019-2020 school year will be forthcoming in late spring.

FMFCU Foundation is also responsible for operation and funding of the annual Delaware County Excellence in Teaching Awards, which awards 21 teachers and their schools $1,500, the annual John D. Unangst Memorial Scholarship which awards five high school seniors $3,000 each, and directly funds a number of other educational initiatives and awards.