WITH WINS BY RADNOR, DELAWARE COUNTY CHRISTIAN, AND MARPLE NEWTOWN 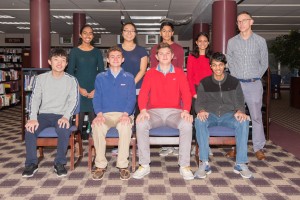 Chichester kicked off the final contests of the second Delco Hi-Q round on January 14th and played host to Radnor and Interboro High Schools. After placing second in last year’s regular season, Radnor was looking for an opportunity to raise their point total to earn a return trip to the playoffs. Their season record high score, which stood for just a day, certainly increased their chances. Radnor was perfect in the first half. The team answered every question on the first try and picked up seven bonus points from the other team’s missed questions. Chichester and Interboro showed improvement in the second half but Radnor only missed two questions and cemented their lead ending with 60 points, more than any Hi-Q team had scored all season. Final Scores: Chichester, 17; Radnor, 60; Interboro, 15. 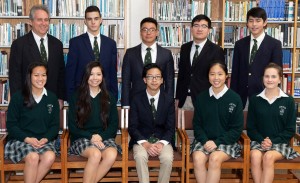 Delco Christian continued to dominate in the second half earning enough points to score the new season high record and the win. It was Bonner & Prendie with the last word by scoring on the toss-up Math question after the other two teams missed. That left the host team one point shy of taking second place from Ridley. Final Scores: Monsignor Bonner & Archbishop Prendergast, 14; Delaware County Christian School, 64; Ridley High School, 15. 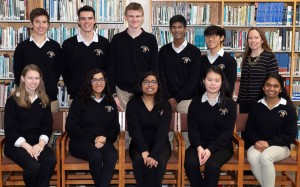 Each team has competed two times this season and will have one more opportunity to score points. The third round begins Wednesday, January 23rd in Aston when Sun Valley hosts Chichester and Academy Park. The season’s top-scorer skips the playoffs while the next six teams compete in a semi-final round to determine the remaining finalist teams. Delco Hi-Q Championship will take place on March 6th with the winner taking home the Donna Zerby Trophy.