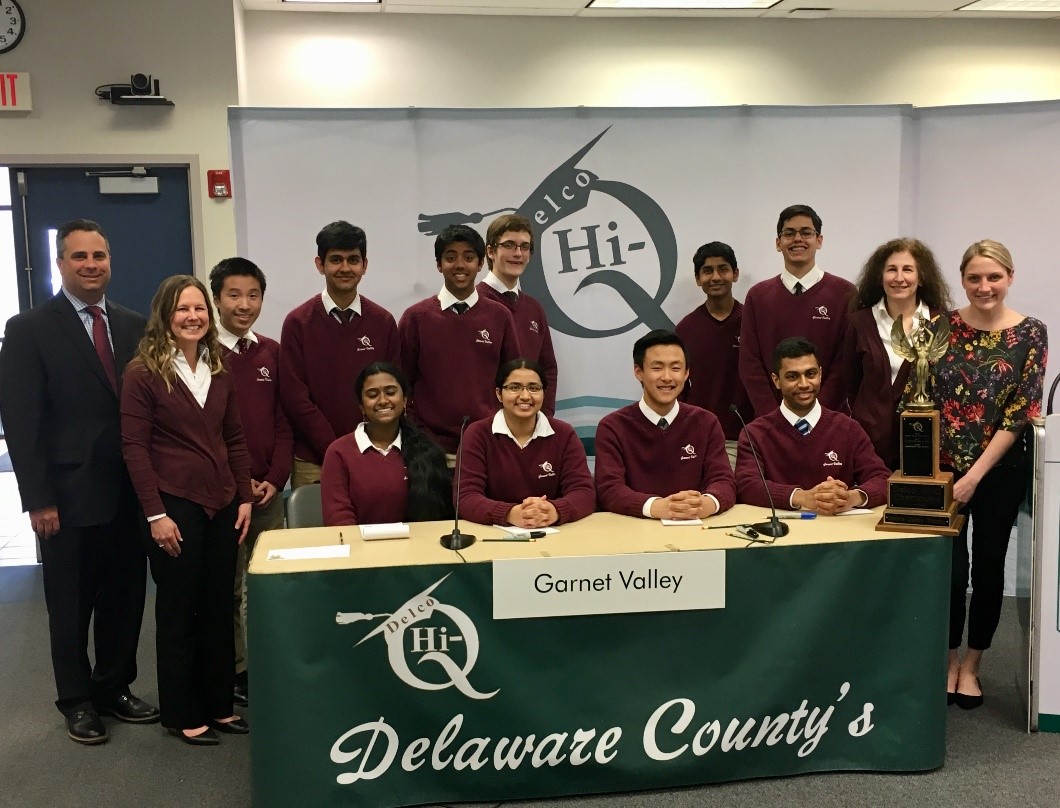 The national championship was similar to all standard Hi-Q meets. Teams answered a total of 16 questions, including sports, math, and team choice with the variation of competing online. Teams had four chances to answer their questions. Four points were awarded for correct answers, with the point value decreased by one for each try. Unlike in-person contests, every team could participate in toss-up questions and no buzzers were used for missed point opportunities.

Delco Hi-Q Director and Quizmaster, Rick Durante started the match with Quizmasters from each location taking turns asking questions as teams viewed each other on a big screen. The first half was close with all four teams were within a few points of each other. Stanwood held an early six point lead over Garnet Valley but the Jaguars came back by becoming the only team to score points on a difficult Sports question and took the lead when they added points in Biology. At the half it was Garnet Valley, 26, Marinette, 10, Alma Bryant, 23, and Stanwood, 21.

Garnet Valley maintained their lead in the second half by correctly answering all of their questions. By the time the last question was posed to teams in in Math, Garnet Valley had already secured first place to defend the national title won by Delco Hi-Q’s Haverford team the last two years. The final score was Garnet Valley, 59, Marinette, 22, Alma Bryant, 45, Stanwood, 28.

Garnet Valley advanced to the national level after winning the Delco Hi-Q title last month in a match against this year’s finalists Radnor and Delaware County Christian School. They will represent Delaware County in next month’s Pennsylvania Academic Quiz Competition in Harrisburg.