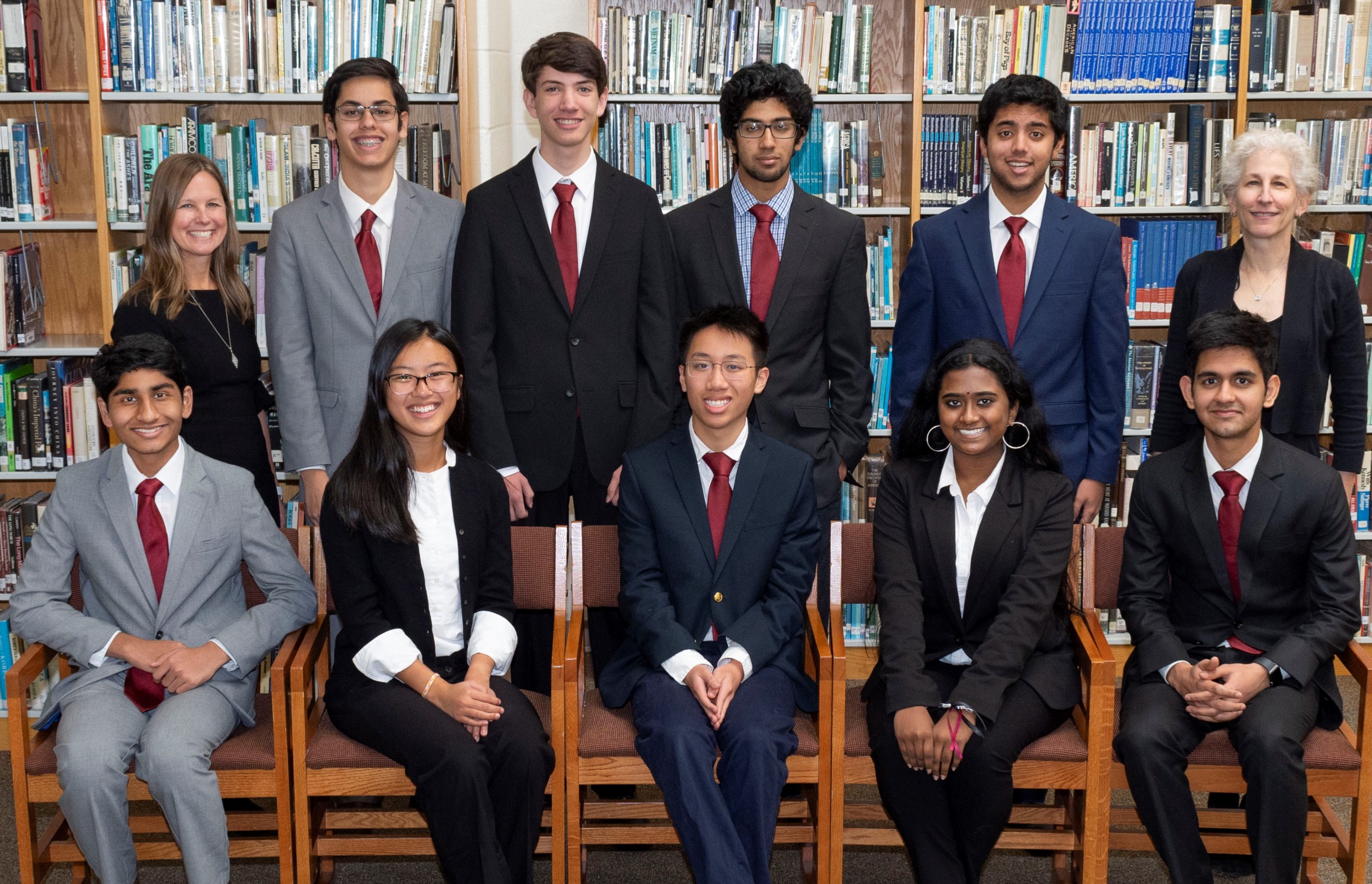 Haverford High School earned a trip to the 72nd Delco Hi-Q Championship with a semi-final win over host Strath Haven and Penncrest on February 18. The contest saw many lead changes throughout- Strath Haven took the early lead by answering the first 7 questions correctly on the first try. Haverford quickly caught up and was in the lead by 1 point at the halfway mark. A true advantage came when Haverford answered their Team Choice correctly and picked up two bonus points from Strath Haven’s incorrect answer. Haverford also picked up the Toss Up in American History. Penncrest put on a valiant effort to catch up in the second half, picking up two bonus points and answering three of the last questions correctly. In the end, Haverford took the win to head to the Championship. Final scores: Strath Haven: 37; Penncrest: 45; Haverford: 56.

The next day, Radnor played host to Springfield and Marple Newtown to determine the third team in the Championship. The home team had a 6

point lead at the half but started to see the point gap shrink after intermission. Springfield answered their team choice question correctly and also picked up 2 bonus points. However, Marple picked up a narrow lead over Radnor halfway through the second half. It wasn’t long before Radnor took the lead again and kept it through the remainder of the contest. Final scores: Radnor: 48; Springfield: 39; Marple Newtown: 37

Haverford and Radnor will travel to Garnet Valley on March 3 to compete for cash prizes, donated by Franklin Mint Federal Credit Union, and the Donna Zerby Trophy in the 72nd Championship contest. The team that takes the title will then move onto the national Hi-Q Championship, April 16, where they’ll compete against three regional Hi-Q champs from other states via videoconference.

Garnet Valley has a long history of successful Delco Hi-Q seasons. The school has earned five titles since 2011, including last year. This is the school’s seventh consecutive Championship appearance and twenty-fifth overall since 1977. Faculty Advisor Lesley Arensberg has been coaching the team for fourteen years and fellow advisor Sandra Dubnansky is in her ninth year.

Radnor High School holds one of the longest Championship records in Delco Hi-Q history. This will be their twenty-eighth overall Championship appearance. The school has earned eleven titles since 1965 with the last coming in the 1998 season. Faculty Advisor Robert Spear has coached the team for eight years.

Haverford High School is no newcomer to the Championship contest- the school holds 11 Championship titles since joining Hi-Q, with the most recent being two years ago. Faculty Advisor, Laurie Grady is in her third year leading the team.