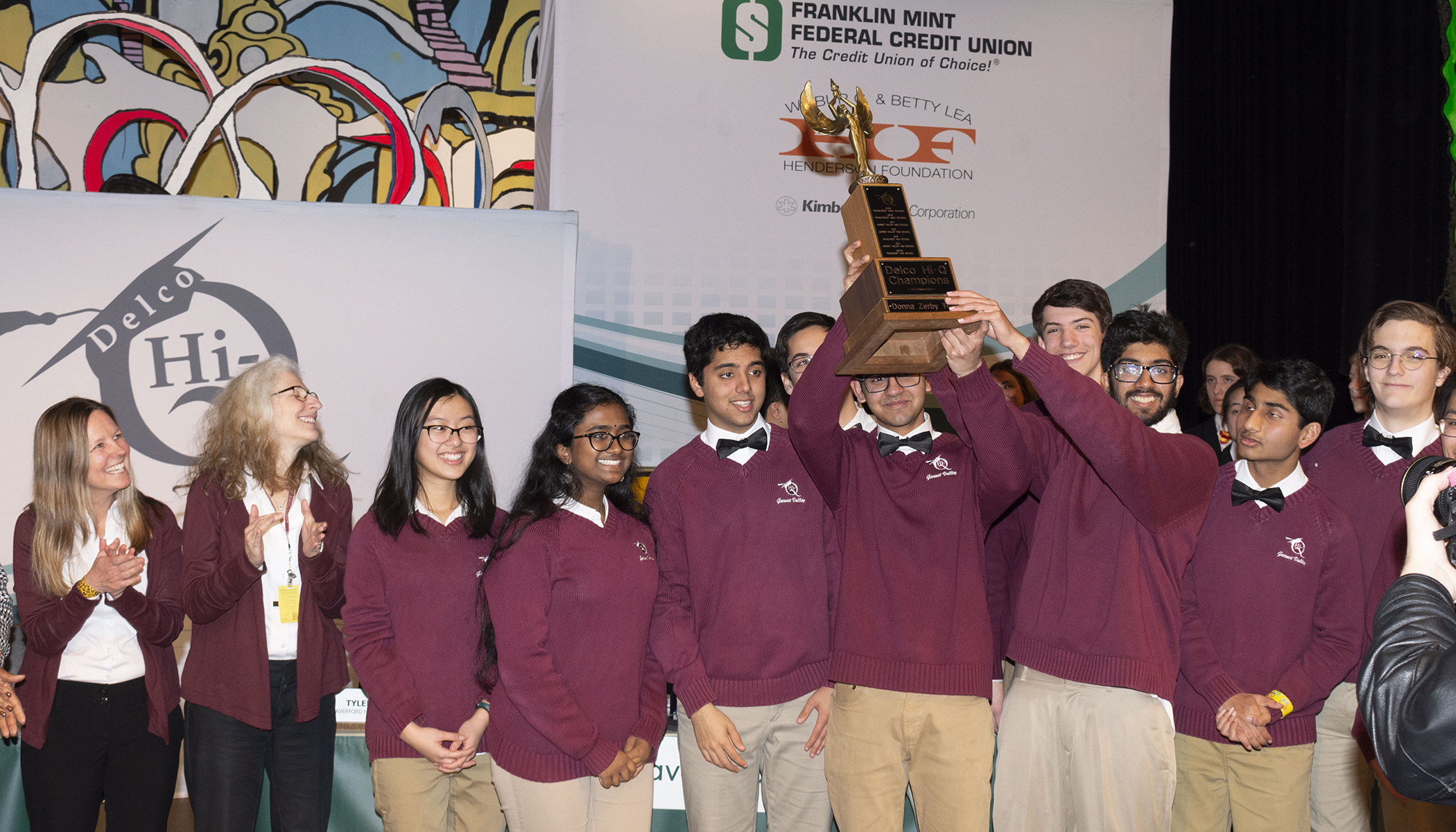 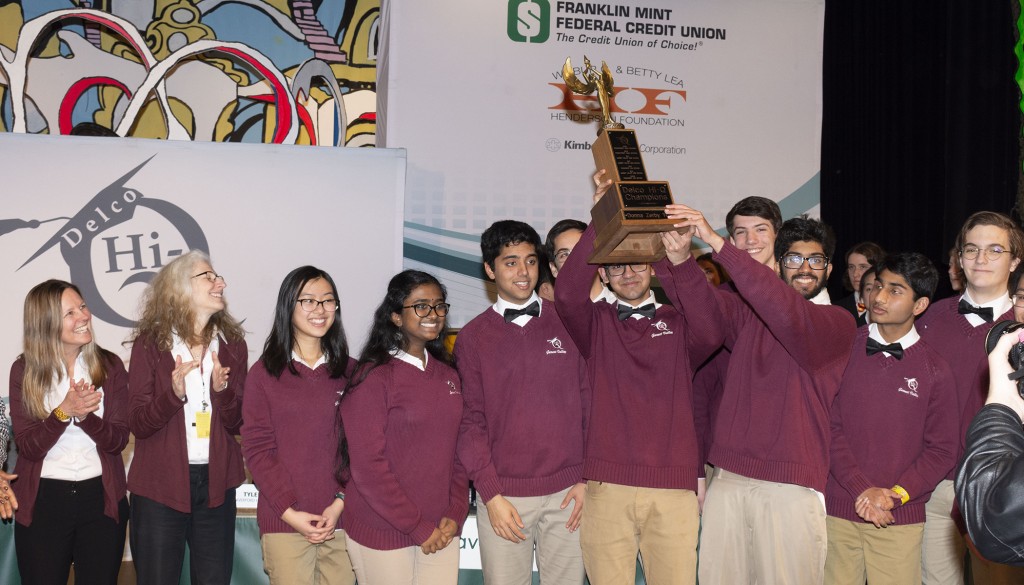 Winning a Championship is not easy, but winning back-to-back is even more of a challenge.

Garnet Valley’s Delco Hi-Q team rose to that challenge on March 3, posting a victory over Radnor and Haverford to repeat as Delco Hi-Q Champions.

Competing before the home crowd, the Jaguars won their sixth Hi-Q crown since 2011. With the bragging rights comes cash prizes donated by Franklin Mint Federal Credit Union- $3,000 and the trophy for first place school, $2,500 to Randor for 2nd place and $2,000 to Haverford for 3rd place. 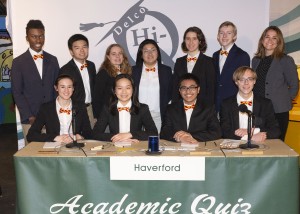 Garnet Valley hosted the contest after earning the most points of the 21 teams that compete in Delco Hi-Q, the nation’s oldest academic quiz competition, through the regular season. Haverford and Radnor each won a Semi-Final contest, advancing them to the Championship contest against Garnet Valley. Superintendents and administrators from all three schools were in attendance, as well as representatives from the program’s main sponsor Franklin Mint Federal Credit Union and its Foundation, supporters from The Wilbur C. and Betty Lea Henderson Foundation and the Delaware County Intermediate Unit.

The highly competitive match saw three lead changes in the first half. At intermission, Garnet Valley had a narrow lead. In the second half, they defended their lead by scoring points in the next 5 categories- including capturing the Toss-Up points. With Garnet Valley in the lead, both Haverford and Radnor were locked in a battle 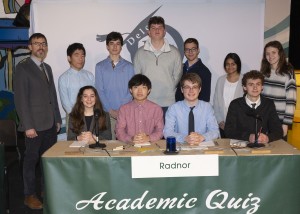 for second place, which wasn’t decided until the very last question. After Garnet Valley buzzed in incorrectly to the Math Toss Up, Radnor picked up the 4 points, which added 4 points to their total. Final scores: Garnet Valley: 51; Haverford: 42; Radnor: 46.

As Delco Hi-Q Champions, Garnet Valley will compete in both an online national contest against three other regional Hi-Q champions and a PA State contest next month.

The teams will receive their cash awards and recognition at the annual Partners in Education Celebration, April 23 at Drexelbrook Corporate Events Center. More than 600 students, parents, teachers, and local dignitaries will attend the region’s premier academic recognition event.