Competition for the seven playoff spots heats up as Delco Hi-Q reaches the halfway point of the regular season. Springfield, Haverford and Marple Newtown earned wins and added points last week to bolster their playoff chances. Every point counts as it’s the cumulative  regular season total that determines playoff positions.

In the first Delco Hi-Q Contest of 2021on January 6, Springfield High School was the home team competing against Valley Forge Military Academy and Archbishop Carroll. This would have been the first Hi-Q contest in the new Springfield High School but teams continue to meet virtually. Carroll started off with a very strong lead, correctly answering four questions in a row. All three teams were able to score four points on the Sports question to boost their scores. At the halfway point, Springfield pulled ahead, with Carroll trailing by just one point and VFMA not far behind that. In the second half, Springfield took a dominating lead, missing only two of eight questions, allowing them to capture the win. Final Scores- Springfield: 48; Valley Forge Military Academy: 15; Archbishop Carroll: 35.

The next day, Sun Valley, Penn Wood, and Haverford High Schools faced off. The Biology category proved difficult for all three teams, and was the only question the Haverford team missed in the first round. Haverford had a dominating lead at the half, by over 20 points. They continued to rack up points in the second half, giving them the win and a tie for the highest score this season. Final Scores- Sun Valley: 7; Penn Wood: 16; Haverford: 52.

The Second Round continues this week with Academy Park, Penncrest and Chichester; On Tuesday, January 12 with Notre Dame, Radnor and Ridley; and on January 13 with Bonner & Prendie, Strath Haven and Upper Darby. 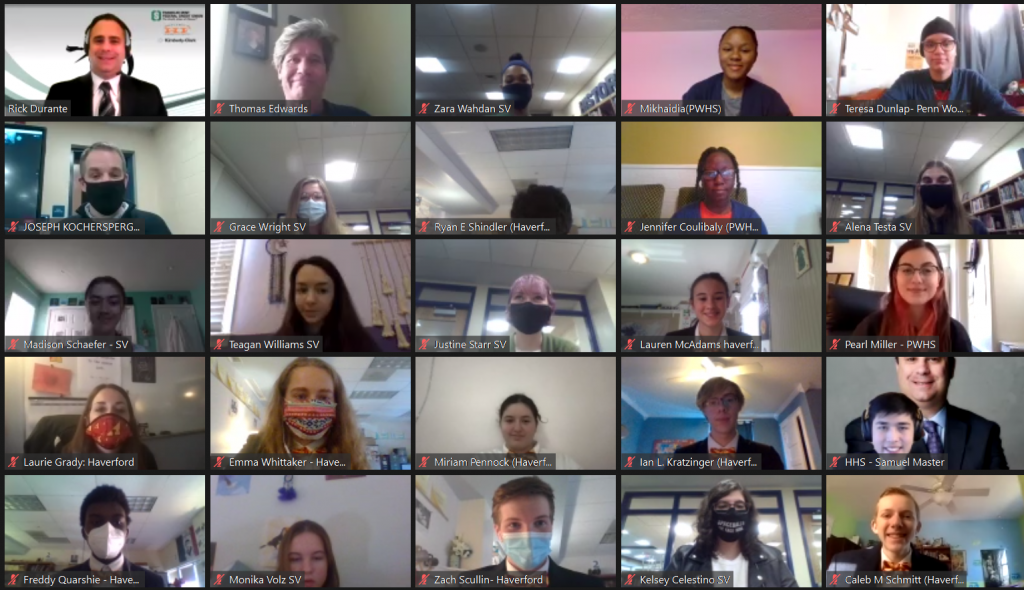