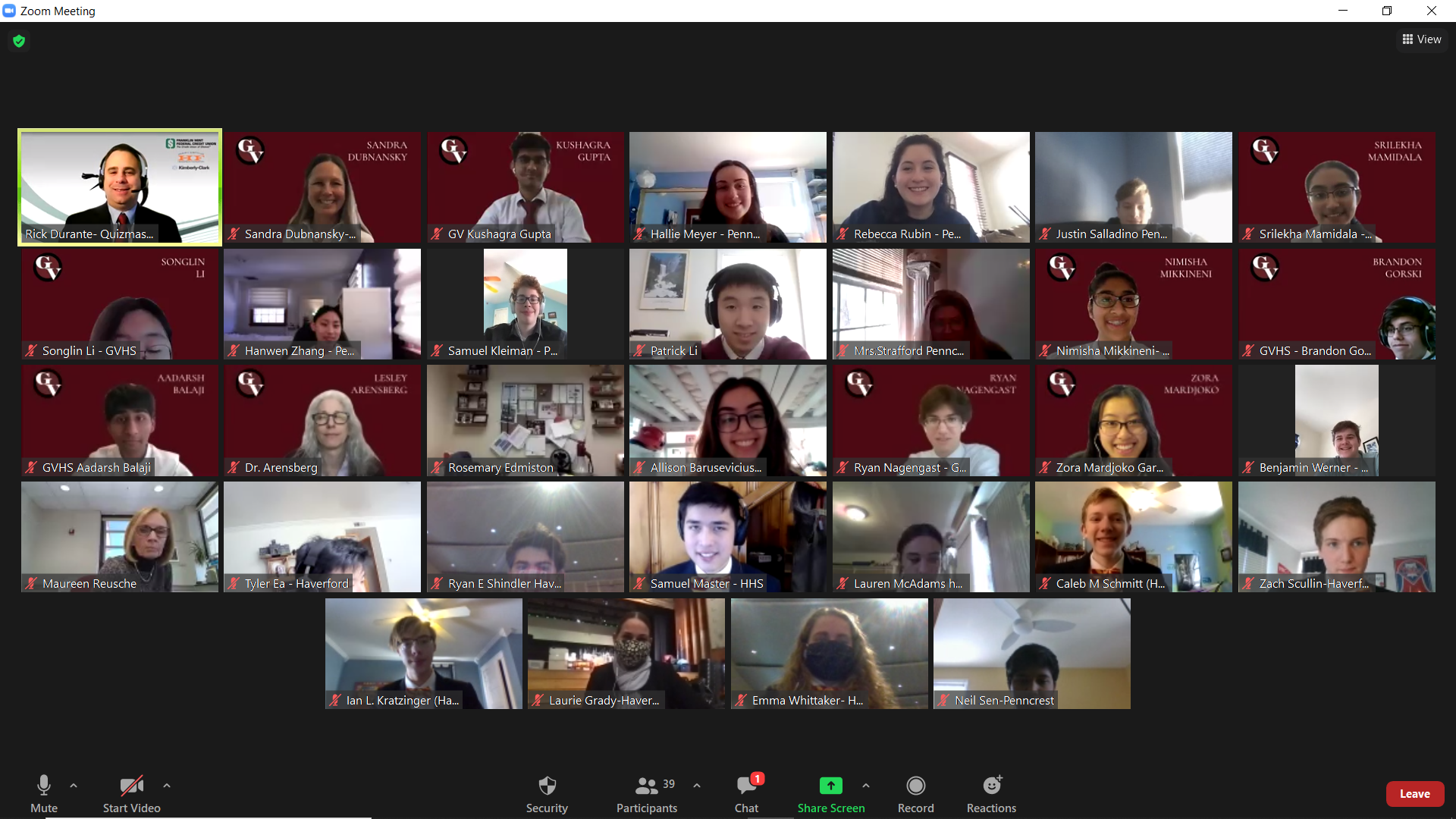 The snowstorm didn’t impact the February 2nd Hi-Q contest with Interboro, Bonner and Prendie and Academy Park High Schools. With more difficult questions in play, the teams had a slow first half, but Interboro more than doubled their score in the second half, giving them the win. Final Scores- Interboro: 23; Bonner and Prendie: 10; Academy Park: 18.

With play-offs in their minds, Radnor, Springfield and Strath Haven High Schools were ready to compete on Wednesday, February 3rd. Each team captured the lead throughout different points of the first half. The close contest continued in the second half, with Radnor ultimately getting the win. Final Scores- Radnor: 45; Springfield: 39; Strath Haven: 34.

Penncrest, Haverford and Garnet Valley High Schools competed in a very high scoring contest on February 4. Garnet Valley answers all of their questions correct in the first half, while Penncrest and Haverford only missed one question each. The same mentality continued in the second half resulting in high scores for all three teams. Final Scores– Penncrest: 56; Haverford: 46; Garnet Valley: 51.

In the last contest of the week, Chichester, Upper Darby and Marple Newtown High Schools competed. All three teams picked up points in the Sports and World History questions. Upper Darby had the lead and the half, which followed them to the end of the contest; while Chichester and Marple remained close in score. Final scores- Chichester: 26; Upper Darby: 34*; Marple: 28.

The regular season wraps up next week with Chester STEM and Valley Forge Military Academy. Playoffs will take place the week of February 15th and the Delco Hi-Q Championship will take place in early March with the winner taking home the Donna Zerby Trophy.