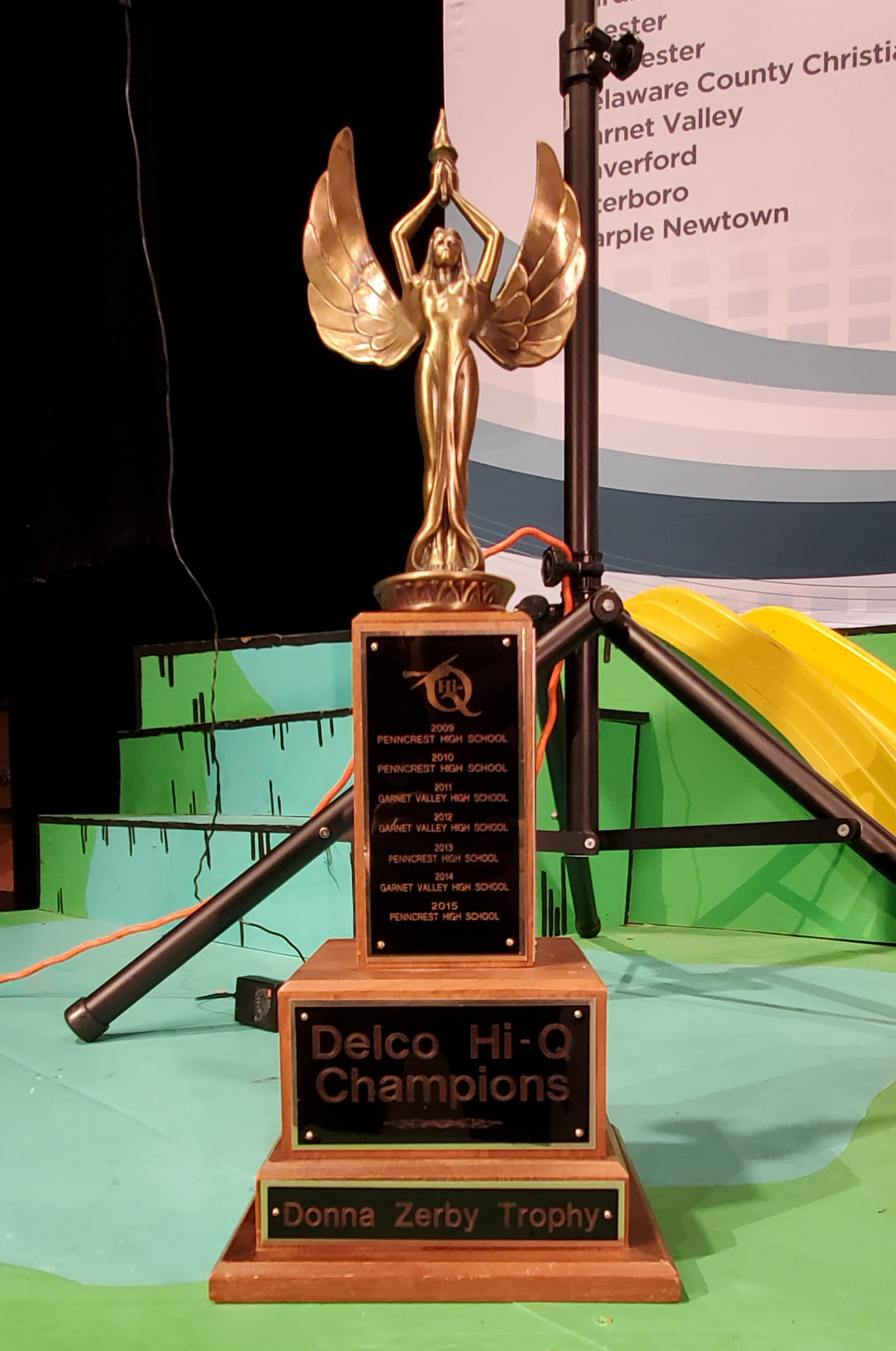 Delco Hi-Q enters the championship round of the 73rd season following semifinal wins by second-seeded Haverford High School and third-seeded Delaware County Christian School. Both teams hosted their respective competitions and won, although neither match was an easy runaway.

An advantage of competing online, the snowy forecast did not disrupt the second Semifinal Contest of the week. Haverford held the home team position with Upper Darby in the second and Springfield High School in the third position. The scores remained tied through much of the first half, with the teams separated by only 3 points at intermission. Haverford captured a big lead in the second half, but Springfield caught up in the final few questions. Once again the final score came down to the last question in Math. Haverford answered the Math question correctly, which gave them the win. Final Scores- Haverford: 47; Upper Darby: 30; Springfield: 43.

Hi-Q provides a challenging competition for the contestants and even more challenging this year as it was completely hosted online. These wins earned Delaware County Christian School and Haverford the opportunity to advance to the Championship Contest against Garnet Valley on Friday, March 5 at 11 am.

Defending Champions, Garnet Valley High School, have a long history of successful Delco Hi-Q seasons. They have earned six titles since 2011, including the past 2 years. This is the school’s eighth consecutive Championship appearance and twenty-sixth overall since 1977. Faculty Advisor Lesley Arensberg has been coaching the team for fifteen years and fellow advisor Sandra Dubnansky is in her tenth year.

Haverford High School are no newcomers to the Championship contest- they hold 11 Championship titles since joining Hi-Q, with the most recent being just three years ago. Faculty Advisor, Laurie Grady is in her fourth year leading the team.

Prizes will be awarded and All-Delco Hi-Q teams will be recognized at the Virtual Partners in Education Celebration being held April 22 via Zoom. The virtual event will also honor Excellence in Teaching awardees and scholarship recipients.