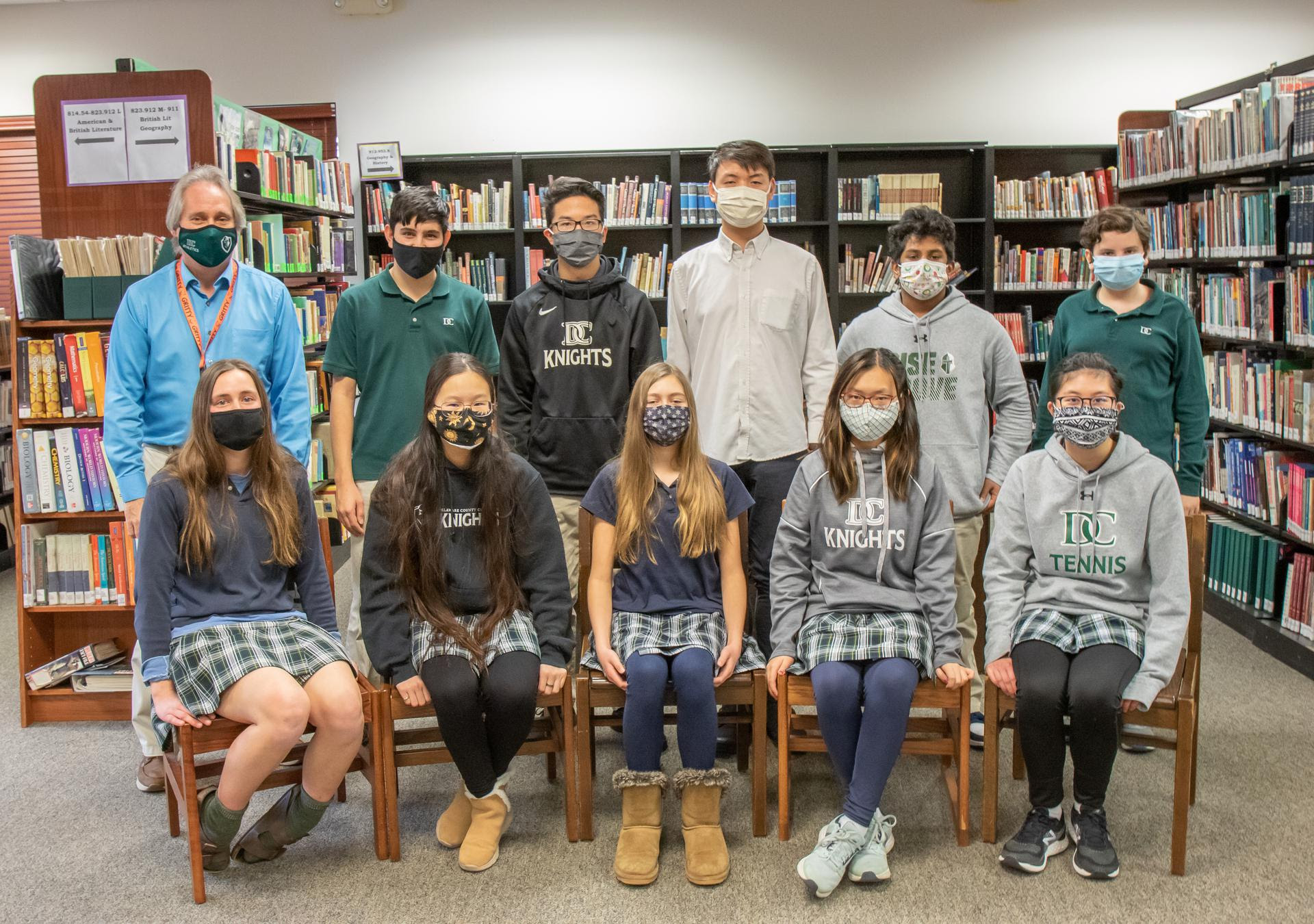 March 5, 2021 – Delaware County Christian School’s Delco Hi-Q team won the 73rd Delco Hi-Q Championship in a highly competitive match. Delaware County Christian School (DCCS) finished second overall in the regular season and Haverford finished third. Both teams had to win a semi-final match to earn their place at the finals. Garnet Valley High School finished first and gained the right to move directly to and host the Championship. Placement in the regular season doesn’t matter in this winner take all Championship; 20 teams started the season and it all came down to a three team battle.

Hi-Q provides a challenging competition for the contestants and even more challenging this year as it was completely hosted online. The virtual season this year stayed true to the Hi-Q competition, allowing three teams to compete. Students could log on from home or school. Virtual spectators were allowed in this Championship contest and over 200 audience members logged in to watch the competition.

All three teams came prepared for a fierce competition. In 50% of the first half categories, points were earned across the board and DCCS held a slight lead at intermission. The second half saw a lead change as Haverford picked up points quickly but Garnet Valley and Delaware County Christian fought back. It came down to the last Math Toss Up question, in which all three teams are able to gain points. DCCS was the only team to answer the final question correctly- closing Haverford’s lead and giving them the win! It was only a one-point lead but the teams and audience were held in suspense as Haverford filed a challenge on a question. A successful appeal could have changed the results but after a few minutes of consultation, the appeal was denied. Final Scores: Garnet Valley: 36; Haverford: 41; Delaware County Christian School: 44.

After the contest, Hi-Q Director and Quizmaster Rick Durante commented on the teams’ preparation and hard work and Franklin Mint Federal Credit Union President and CEO, Michael Magnavita expressed words of congratulations and recognized the team’s efforts in competing online.

This win gave Delaware County Christian School its first ever Championship title and the first non-public school to win since Cardinal O’Hara in 1979. This was the team’s sixth appearance in the Championship contest. Faculty Advisor, Thom Houghton, is one of the most tenured Delco Hi-Q advisors, with 22 years. The coveted Donna Zerby Trophy will be theirs for the next year after spending two years at Garnet Valley High School. In addition to the trophy, DCCS’s Hi-Q team earned $3,000 for their school. Second place Haverford earned $2,500 for their school, and Garnet Valley High School earned $2,000. Delaware County Christian School will represent Delco Hi-Q in the Hi-Q National Championship in an online contest and will represent Delaware County at the Pennsylvania Academic Competition.

The teams will receive their cash awards and recognition at the virtual Partners in Education Celebration on April 22 at 7 pm.