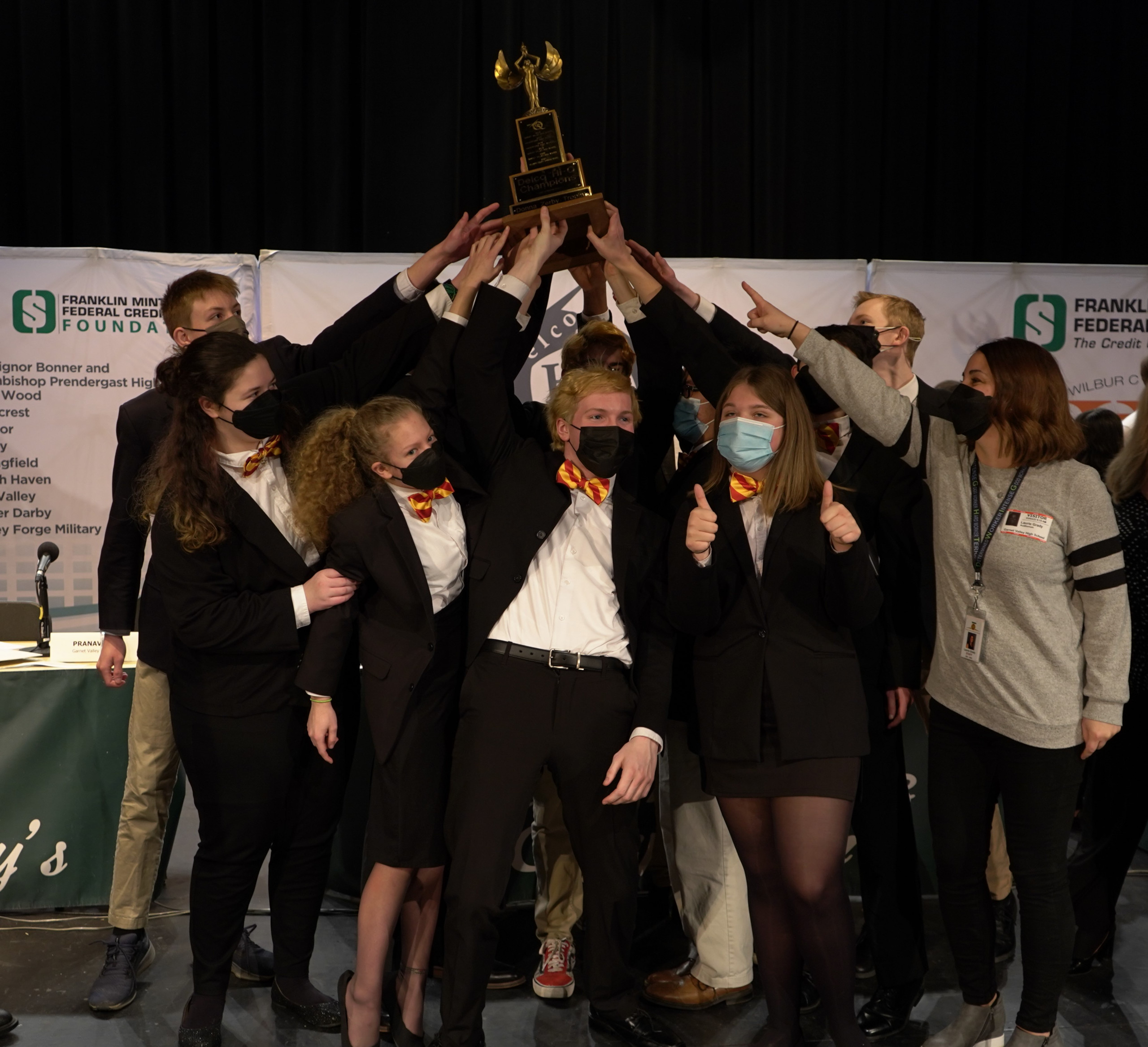 March 4, 2022 (Garnet Valley, PA) – Haverford High School’s Delco Hi-Q team won the 74th Delco Hi-Q Championship in a fiercely competitive match. Haverford finished second overall in the regular season and Marple Newtown finished fourth. Both had to win a semi-final match to earn their place at the finals. Garnet Valley High School finished first and gained the right to move directly to and host the Championship. Placement in the regular season doesn’t matter in this winner take all Championship; 21 teams started the season and it all came down to a three team battle.

A highly enthused audience of students, parents, administrators and sponsors filled the auditorium during the Championship round, Thursday, March 3, 2022.  It was a three way tie after the first few questions. Haverford took the lead when they were the only team to correctly answer the Sports toss-up question correctly. Marple Newtown and Garnet Valley didn’t give up though. They reminded neck and neck and just a few points behind Haverford and at times the lead slightly shifted. At the half, these teams were tied with Haverford in the lead.

The second half remained very competitive and the entire season came down to the last question, a Math Toss-up. Teams had to buzz in to give an answer and only one team could earn the 4 point question. Haverford was ahead by just 3 points, giving Marple Newtown the chance to win if they could answer, but it was Garnet Valley that buzzed in first with the correct answer, taking them into second place. Haverford earned the 74th Championship by just one point, demonstrating the competitiveness of these teams. Final scores: Garnet Valley: 48; Haverford: 49; Marple Newtown: 46.

After the contest, Hi-Q Director and Quizmaster Rick Durante commented on the teams’ preparation “The scores earned today show how hard these teams have worked to get here. Hi-Q is a tough competition and especially so during a championship contest.”

This win gave Haverford its first win since 2018 and 12th Championship Title overall. They have made playoff appearances for the past 3 consecutive years. Faculty Advisor, Laurie Grady is in her fifth year of leading the team. The coveted Donna Zerby Trophy will be theirs for the next year. In addition to the trophy, Haverford’s Hi-Q team earned $3,000 for their school. Second place Garnet Valley earned $2,500 for their school, and Marple Newtown, earned $2,000. Haverford will represent Delco Hi-Q in the Hi-Q National Championship on April 1st in an online contest against regional Hi-Q teams from Alabama, Washington, and Wisconsin.

The teams will receive their cash awards and recognition at the annual FMFCU Foundation Celebration, April 21 at Drexelbrook Corporate Events Center. 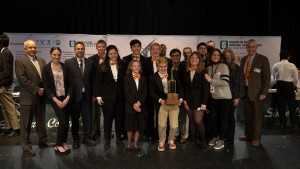