Home Teams Win in Round 1 of Delco Hi-Q Contests 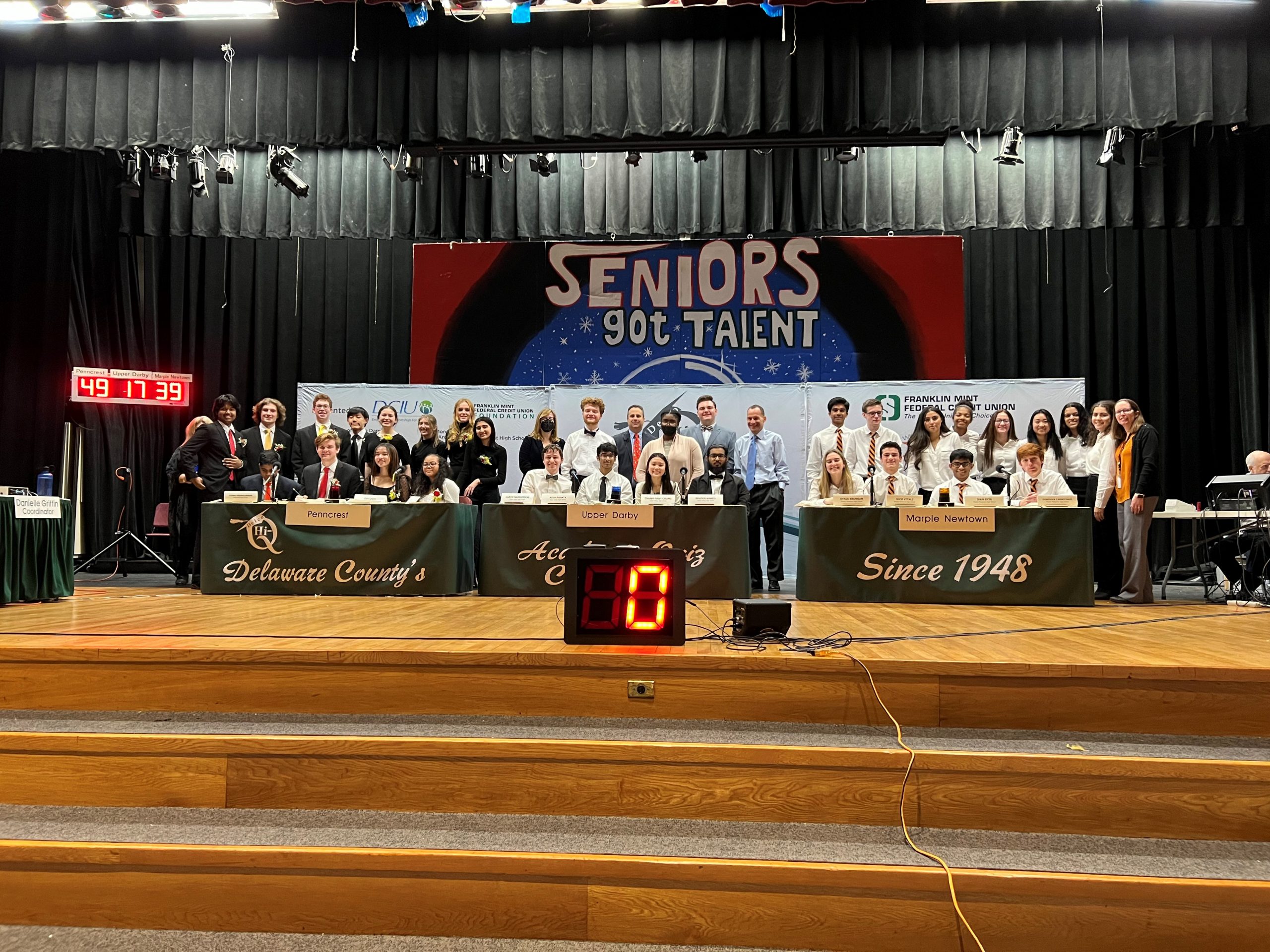 December was a busy month for Delco Hi-Q with 7 contests in three weeks. The home teams brought the audiences and the wins in the first round.

A week of contests kicked off on Tuesday, December 13th at Archbishop Carroll. All three teams were off to a hot start, with each answering their own question correctly on the first try for Current Events and American History. The competition remained high by intermission, with the three teams only separated by 3 points. Bonner and Prendie picked up additional points in the second half, which lead to the two teams being neck and neck through the very end. In conclusion, Archbishop Carroll secured the win by 1 point. Final Scores- Archbishop Carroll: 30; Academy Park: 18; Bonner Prendie: 29.

Chichester High School hosted Interboro and Cardinal O’Hara High Schools on December 14th.  Interboro took the lead in the first half gaining 24 points. The second half gave O’Hara and Chichester the chance to catch up. The two teams were able to answer some of their own questions correctly and pick up some bonus points, however it was not enough to get the win. Final Scores- Chichester: 20; Interboro: 28; Cardinal O’Hara: 21.

Springfield and Haverford High Schools traveled to Garnet Valley on December 15th. All three of these teams were in the finals last year, so they were looking to start off strong. It was another close contest for these three teams. By the half, Garnet Valley was in the lead- but only by one point! In the second half, it was the Team Choice category that gave GV a leg up on their opponents. They answered their Team Choice question correctly and they picked up 4 bonus points when each of the teams missed their question. Final Scores: Garnet Valley: 49; Springfield: 33; Haverford: 36 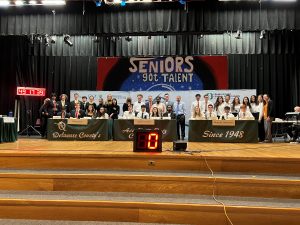 Penncrest hosted Upper Darby and Marple Newtown as the first round of contests concluded on December 19th. Representative Timothy Kearney and Senator Leanne Krueger joined that school audience to watch the exciting contest. It was the visiting team, Marple Newtown, who took the lead early on and remained on top through intermission. Both Penncrest and Upper Darby trailed by 10+ points. However, the second half proved to be successful for Penncrest. Not only did they answer all of their questions correctly on the first try, they also picked up 7 bonus points and the Toss-Up question. This ultimately gave Penncrest the win. Final Scores- Penncrest: 49; Upper Darby: 17; Marple Newtown: 39.

Each of the 21 teams has now competed in their first competition of the season. The Round 1 scores will be added to the second and third contests to determine playoff positions. The season will resume for Round 2 on January 4th at Ridley High School.