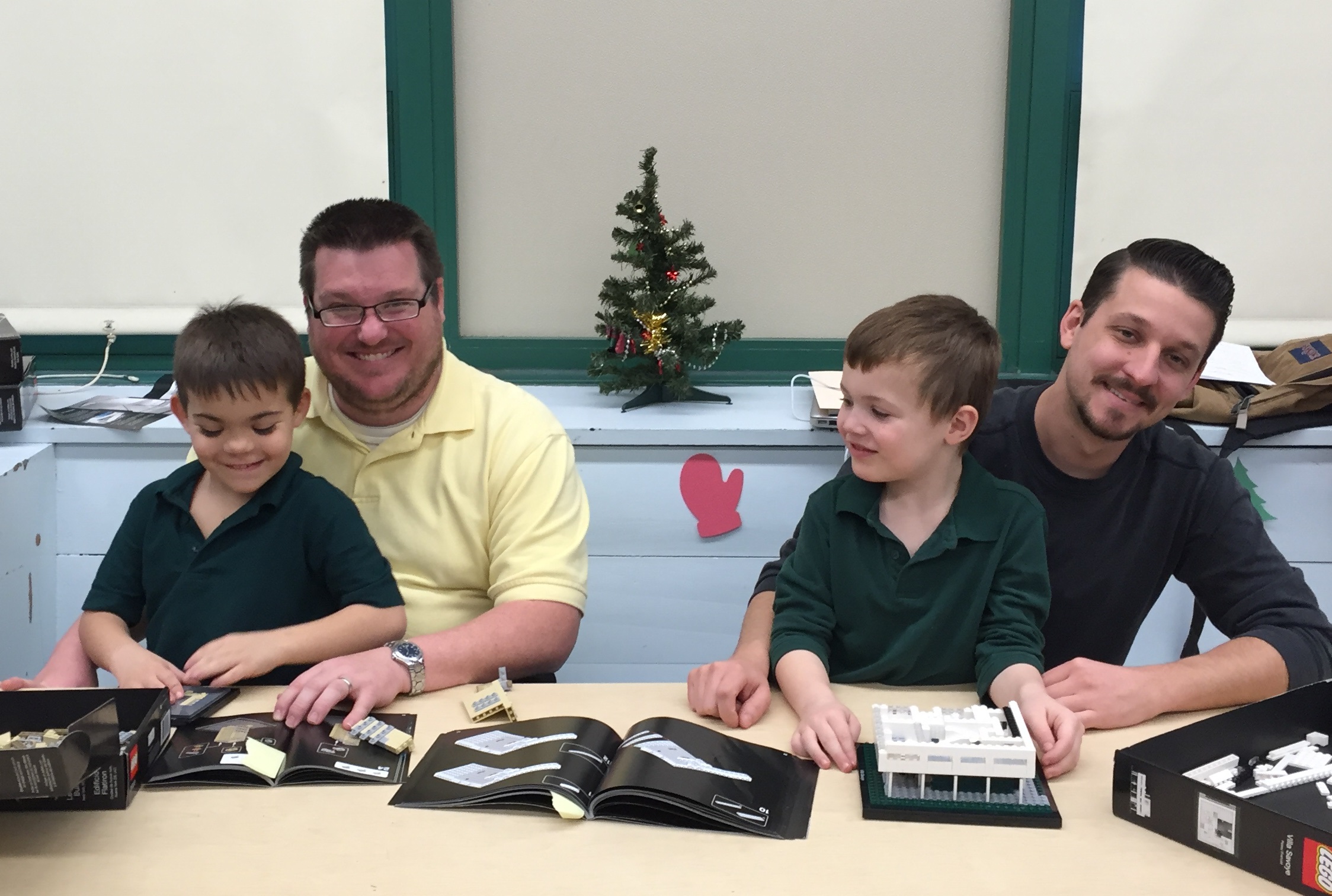 No one likes getting called to the Principal’s Office, not even teachers. Ridley School District Special Needs Instructor Dan Arrison is no exception. When Dave DeYulis, Principal of Grace Park Elementary School, said he needed to speak with Dan, Dan’s immediate reaction was “uh oh.” That changed, however, when Dan learned he had been nominated and won Delaware County Excellence in Teaching, which is awarded annually to 19 outstanding educators by Franklin Mint Federal Credit Union (FMFCU) Partners in Education. Designees are presented $500 and a commemorative keepsake and their school receives $1,000.

Dan shared the news with his wife but no one else until the notion that this might have been a practical joke was replaced with affirmation in the form of an announcement at school and a Resolution by the Borough of Eddystone, PA. “I felt an immense sense of pride,” Dan said. “The award has motivated me to want to be even more effective. I want to live up to the honor bestowed upon me.”

Dan works with students to develop strategies for controlling emotions. Some of his students are on the autism spectrum, some have ADHD, and some simply have trouble regulating their emotions. By all accounts Dan has an innate ability to motivate and engage students, he infuses humor and calmness into the classroom, and his technique is quite successful. How he and Grace Park made use of the award is equally remarkable. They honed in on a Lego Club started by school behaviorist Mike Pagano, who had been searching for a means to purchase additional Lego sets. The award enabled Grace Park to purchase about a dozen sets of varying sizes, including architecture sets. While Mike’s club meets once a week, Dan uses Legos daily as a motivational tool in his kindergarten and first grade special needs classes.

The idea to incorporate the timeless building blocks into his class was borne of a prior year student’s fascination with all things related to the Titanic. His passion rubbed off on his classmates and all became extremely enthusiastic after the classroom’s paraprofessional shared a video of a child using Legos to create a replica of the Titanic.

Recognizing the opportunity before him, Dan got to work on a classroom plan. His students select famous places they want to learn about, and then set a goal for earning building time. Students can earn up to ten minutes of class time twice a day. As they work through their academic tasks, the class discusses their group plan and expected behaviors that must be demonstrated to earn building time.

Results have exceeded expectations. Dan said some disruption is expected during an emotional support class but ever since implementing the Lego building project, disruptions have been incidental and easily redirected, resulting in an increase in individualized and small group instruction. Students involved with Legos are working at or near grade level in Math and Reading. “Behaviorally, the kids are making massive growth to the point they are increasing their time spent in regular education classes and decreasing the frequency of adult intervention needed to redirect their behavior,” Dan said.

Research linking the therapeutic value of Legos and its effect on behavior challenges supports Dan’s Lego building project but the best evidence comes from experience.

Several success stories affirm the direction of the Lego building program. In one case, a boy who had loud tantrums several times a week has learned to modify his behavior so that his reactions fit the size of the problem. His self-regulating has enabled him to increase his mainstream instructional time. He really wants to build and knows he needs to stay calm to earn the privilege. The Lego program has reinforced calm behavior in another student who had significant anxiety, giving him confidence to socialize with his peers.

Building time was also created for an older, more challenging student that struggled with peer-to-peer relationships; therefore, a social component was worked into his plan. Each time he completed his work without distracting the class, he was able to invite a friend to build with him. The pro-social dynamic motivated him to think about his work during the school day.

Parents’ reactions are priceless. Dan’s already dynamic classroom has removed the stigma surrounding full time emotional support. “After spending an hour in our classroom, a parent expressed that ours exceeded expectations and that the children seemed just like any other kindergarten or first graders,” he said.

The project is also a springboard at home for conversations about school. Parents told Dan their children readily talked about the places they built, leading to discussions about what they did to earn building time.

Excellence in Teaching—Recognized and Encouraged

A year after receiving the Delaware County Excellence in Teaching Award, Dan remains humble about his achievement. He is inspired by his students and eager to share his classroom experience with other special needs educators.

Franklin Mint Federal Credit Union, the Delaware County Intermediate Unit, The Delaware County Daily Times, and all supporters of Partners in Education are inspired by Dan and all the extraordinary teachers who make a difference in the lives of children, their families, and the community at large.

Nominations for the 2016 Delaware County Excellence in Teaching Awards are being accepted until February 5, 2016 at fmfcu.org/excellence. Anyone—colleagues, administrators, students, family, friends—can submit a nomination.