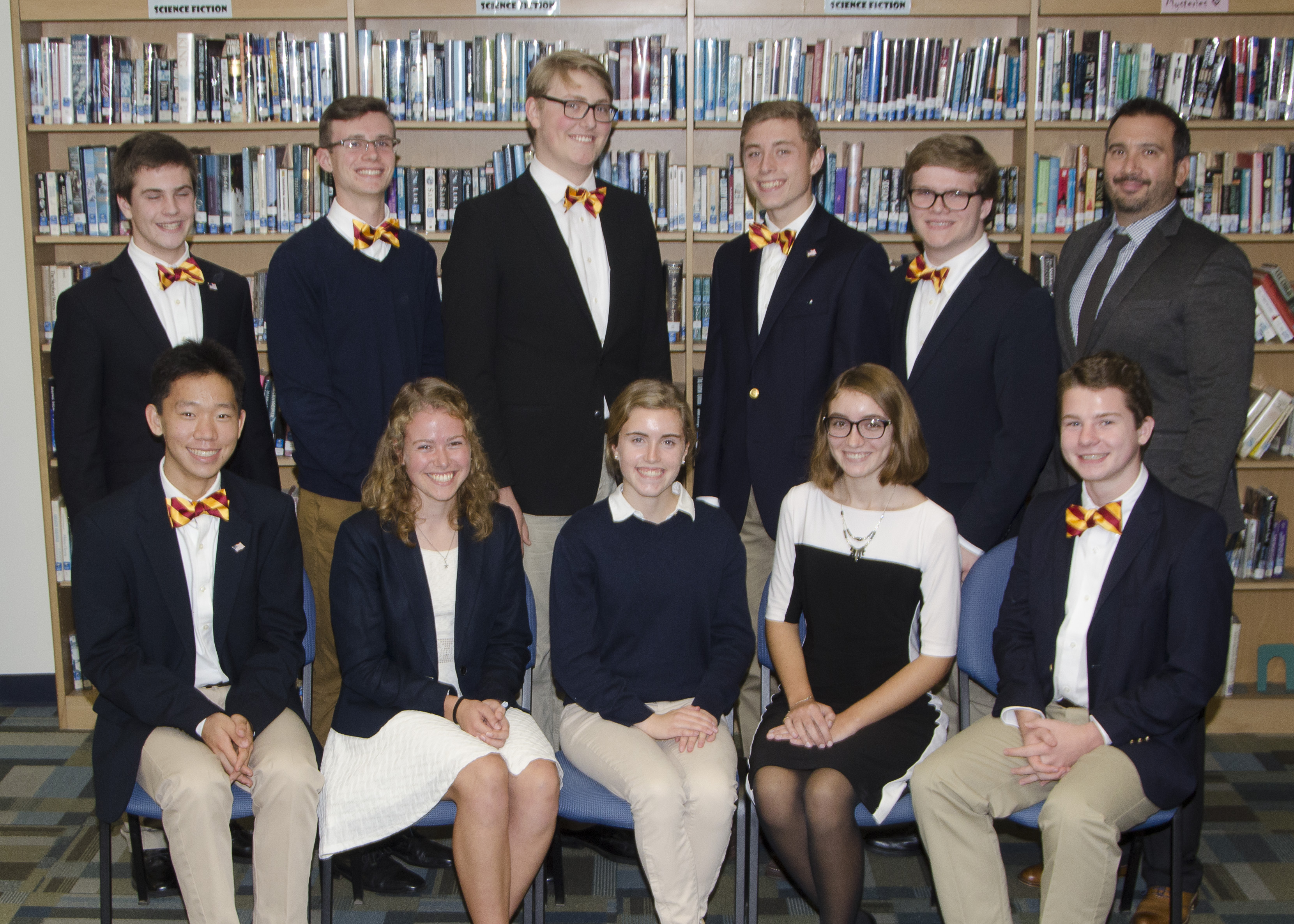 As the team scoring the most cumulative points in the 69th Season of Delco Hi-Q, Haverford High School earned a berth in the championship round with 180 total points. The Fords will face two of six teams vying for the coveted Donna Zerby Trophy in early March.

Haverford handily won their final match on February 6, with correct answers across a variety of subjects and picking up five bonus points in their match-up with Strath Haven and The Christian Academy. TCA, the host team, had a strong first half and held their own through the end of the competition but two bonus points put Strath Haven ahead of them by two points. Haverford was the only team to provide correct answers in the Sports, Team Choice, and Toss-Up Math categories.

Garnet Valley entered the final regular season competition \with hopes of attaining a high enough score to secure the automatic championship seat. They fell short at the February 7 contest, but not by much. After stumbling on their first two questions, the Jaguars answered a dozen consecutive questions correctly on the first try and picked up five bonus points. Competing teams Marple Newtown, the contest host, and Ridley held their own, volleying for a second place finish. All three teams answered the Toss-Up Sports question correctly. Ridley High was quick with the buzzer and provided a correct answer in the Toss-Up Math category to secure second place. Marple Newtown added enough points to its cumulative season score to earn a playoff spot. The final competition in the regular season will be remembered as high-scoring, with a total of 149 points earned.

Rankings in the semi-finals serve only to place teams in their respective competitions. No team can take victory for granted in these highly competitive cerebral gymnastics. All teams are to be commended for their persistent hard work as are their schools for the support they provide.

The winners of each match-up will face Haverford High for the championship title on Tuesday, March 7. This will be Haverford’s twenty-first appearance in the Championship since 1955. The team that takes the crown will then move onto the national Hi-Q Championship March 30, where they’ll play three other local Hi-Q champs via teleconference.

Prizes will be awarded and all Delco Hi-Q teams will be recognized at the annual Partners in Education Celebration being held April 27 at Drexelbrook Corporate Events Center. More than 600 students, parents, teachers, businesspeople, and local dignitaries will attend the region’s premier academic awards ceremony.