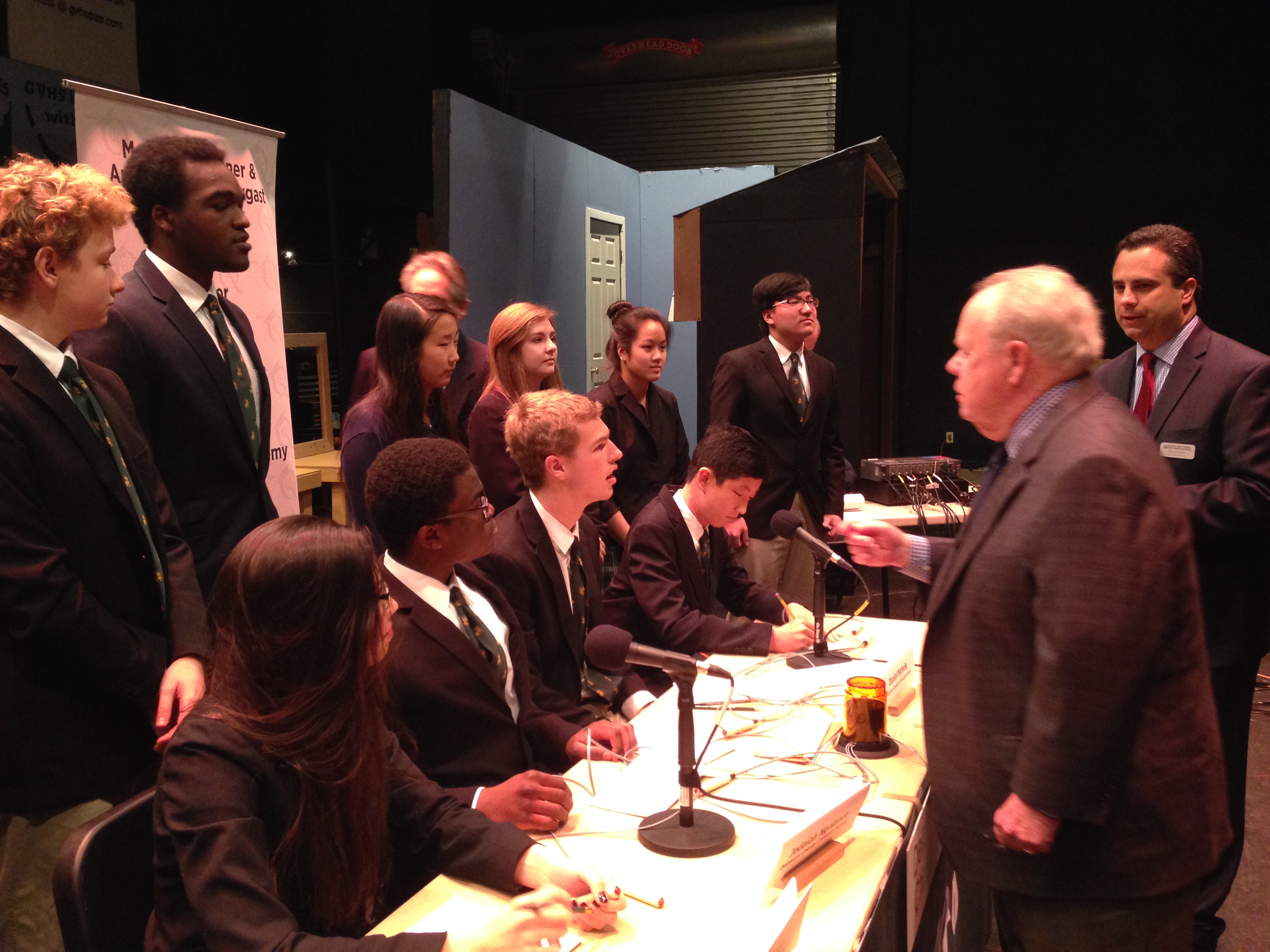 Delco Hi-Q enters the championship round of the 69th season following semifinal wins by second-seeded Radnor High and third-seeded Garnet Valley. Both teams hosted their respective competitions and were clear winners, although neither match was an easy runaway.

Radnor and competitors Marple Newtown and Springfield started strong with correct answers in the Current Events category. Correct answers in the Sports category put Radnor and Marple Newtown at a tie early on and it wasn’t until the second half of the competition that Radnor’s lead widened. All three teams showed strength in a variety of areas, but Radnor was particularly astute in Literature, providing correct answers to their and their competitors’ questions. Of the few bonus points available, Radnor earned four and Springfield earned three. 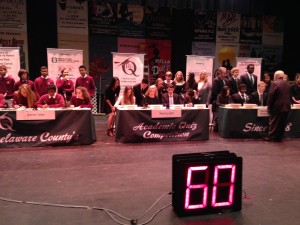 The battle between Garnet Valley, Penncrest, and Delaware County Christian School was neck and neck well into the second half of the competition with all three teams volleying for position. A series of correct answers by GVHS propelled them to a slight lead by midpoint and they were able to cement that lead with correct answers in History, their preferred Toss-up category. Few bonus points were up for grabs in this match-up. Penncrest nabbed three of them, while the Jaguars earned two. Decisiveness was evident in all three teams—when they knew an answer, they called it out quickly, generally earning maximum points for each.

These wins earned Radnor and Garnet Valley the opportunity to advance to the 69th Championship Contest against the season’s top scorer Haverford High on March 7th at 9:30 am at Haverford High School. The public is invited to attend but must contact the school in advance due to security procedures.

Haverford High School is making its twentieth Championship appearance dating back to 1955. The school holds nine Championship titles, winning it all in 1997, and made its last appearance in 2015. Faculty Advisor David McCauley is in his fourteenth year of leading the team.

Radnor’s team holds one of the longest Championship records in Delco Hi-Q history. This will be their twenty-sixth overall Championship appearance and their first since 2009. The school has earned eleven titles since 1965 with the last coming in the 1998 season. Faculty Advisor Robert Spear has coached the team for five years and his co-advisor, Robert King, is in his fourth year.

Garnet Valley also has a long history of successful Delco Hi-Q seasons. They are the defending champions and earned four titles since 2011, for a total of eight since their first win in 1978. This is the school’s twenty-first championship appearance since 1977. Faculty Advisor Lesley Arensberg has been coaching the team for eleven years and fellow advisor Sandra Dubnansky is in her sixth year.

Prizes will be awarded and all Delco Hi-Q teams will be recognized at the annual Partners in Education Celebration being held April 27 at Drexelbrook Corporate Events Center. More than 600 students, parents, teachers, businesspeople, and local dignitaries will attend the region’s premier academic awards ceremony.