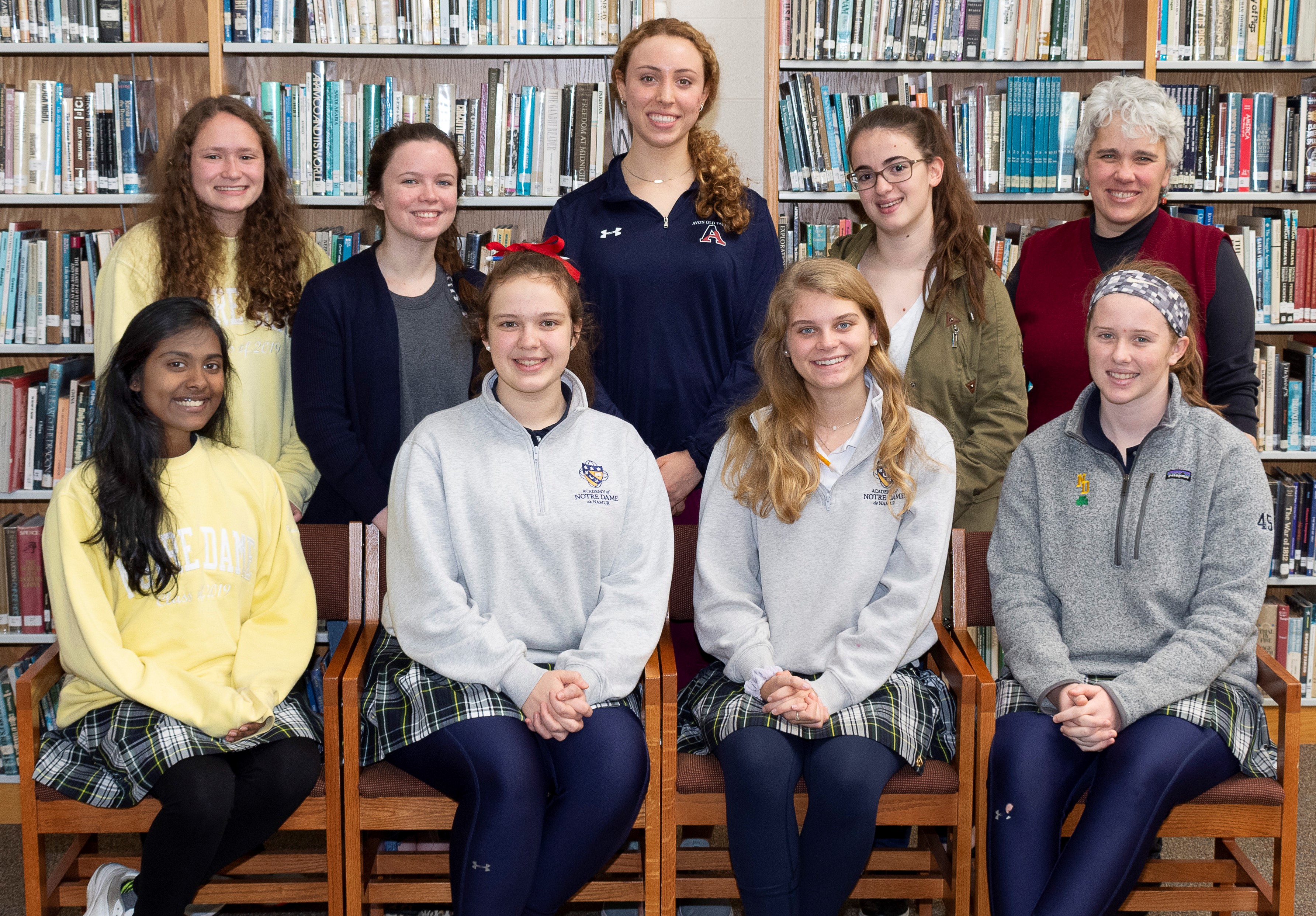 Academy of Notre Dame and Valley Forge Military Academy made the trip from Radnor Township to Lansdowne on Tuesday to take on Penn Wood High School. The contest was off to a patriotic start as the Penn Wood Marching Band performed the National Anthem. Notre Dame had an early lead but the home team moved ahead early in the contest scoring the only correct answer in the Sports toss-up. Notre Dame took the lead back late in the first half with correct answers in Shakespeare and Math. At intermission, Valley Forge had 2 points, Penn Wood 5, and Notre Dame led with 13. There were more points to be earned in the second half but the lead did not change; Notre Dame held on for the win. Final Scores: Penn Wood, 12; Academy of Notre Dame, 23; Valley Forge Military Academy, 9.

The regular season ends next this week with competitions at The Christian Academy, Marple Newtown, and Interboro High Schools. The results of those final three contests will determine playoff positions. The season’s top scorer will take on the two semi-final winners for The Donna Zerby Trophy on March 6.